Caption Literature
An Easter Island Rapa Nui ‘Moai Kava Kava’ a Cadaverous Small Male Figure the Ears Formed as Elongated Phallic Appendages the Nape of the Neck Carved with a Suspension Lug the Eyes Composed of Bone Rings probably of Fish and inset with Obsidian Discs
Old Damage to Left Side Showing a Fish Bone Repair to the Arm, the Leg and Arm mostly missing Obsidian Inlay missing from the Left Eye
Old Silky Smooth Rich Brown Patina
Early 19th Century
Size: 25.5cm high, 6.5cm wide, 4cm deep – 10 ins high, 2½ ins wide, 1½ ins deep
Easter Island is the most geographically remote of all Polynesia and was first settled around 700-900AD by voyagers from Central Polynesia or the Marquesas. Thor Heyerdahl famously proposed an American origin for the Easter Islanders and their culture, but he failed to convince most of the ethnologists of the 1950’s of the plausibility of his claims.
The first European to visit the Island was the Dutchman Jacob Roggeveen who landed on Easter Day in 1722 thereby giving the Island its name. Known locally as Rapa Nui the Island’s people became celebrated for their carving in a species of mimosa ‘toromiro’ wood. Figures and dance paddles first collected by Captain Cook on his second voyage in 1774 developed stylistically during the following decades when metal tools allowed more refined and precise work. It is thought that the figures were worn as pendants around the neck and danced with at ceremonial and ritual feasts. They then would be hung from the house rafters when not in use. The figures may portray the cadavers of deceased important ancestors rather than the bodies of starved and emaciated men.
William Hodges (1744-1797) in his drawing of a ‘Man of Easter Island’ captured the unusual and artificially elongated earlobes of the Islander that are of a similar shape and length to those of this figure. In 1888 the Island was annexed by Chile, and by the end of the 19th Century large and clumsily carved figures were being made for sale to tourists. 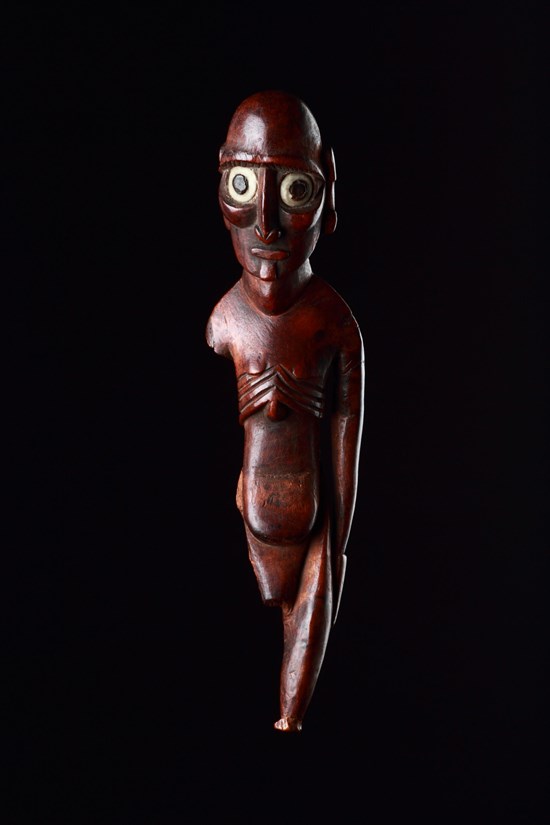 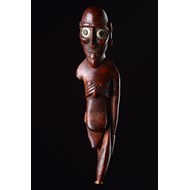 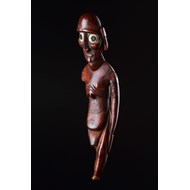 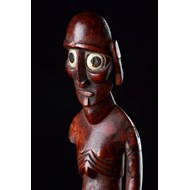 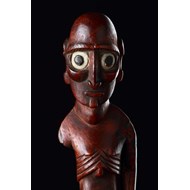 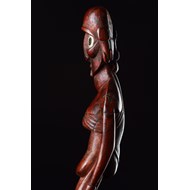 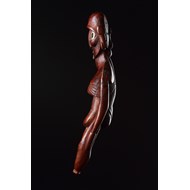 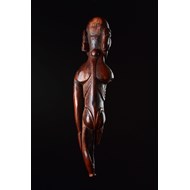 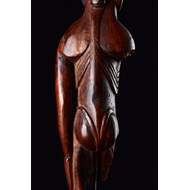 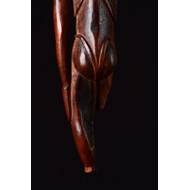 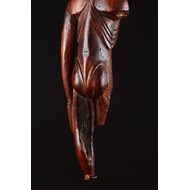 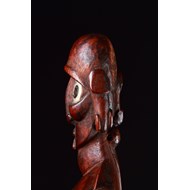