Caption Literature Exhibition
A Rare Japanese Export Lacquer Portrait Medallion on Copper Decorated in Gold Hirahaki-E and Kinji on a Roironuri Ground
Depicting Frederick II of Bradenburg and Prussia in coloured lacquer inlaid with pearl-shell to the reverse
Late 18th Century
Size: approx: 12cm high, 9.5cm wide – 4¾ins high, 3¾ ins wide
14cm high – 5½ ins high (with ring)
See: Japanese Export Lacquer, Oliver Impey & Christiaan Jorg, Hotei Publishing, Amsterdam, 2005 Page 49, item 47 for an identical medallion of Frederick II, acquired in 1829 for the Royal Cabinet of Curiosities, (inv. NM 6289) Rijksmuseum, Amsterdam
Frederick II (Frederick the Great) (24th January 1712 – 17th August 1786) was King in Prussia (1740 – 1786) of the Hohenzollern dynasty.
He is best known for his brilliance in military campaigning and organization of Prussian armies. He became known as Frederick the Great (Friedrich der GroíŸe) and was nicknamed Der Alte Fritz (‘Old Fritz’).
Interested primarily in music and philosophy and not the arts of war during his youth, Frederick unsuccessfully attempted to flee from his authoritarian father, Frederick William I, with childhood friend Hans Hermann von Katte, whose execution he was forced to watch after they were captured. Upon ascending to the Prussian throne, he attacked Austria and claimed Silesia during the Silesian Wars, winning military acclaim for himself and Prussia. Near the end of his life, Frederick physically connected most of his realm by conquering Polish territories in the First Partition of Poland.
Frederick was a proponent of enlightened absolutism. For years he was a correspondent of Voltaire, with whom the king had an intimate, if turbulent, friendship. He modernized the Prussian bureaucracy and civil service and promoted religious tolerance throughout his realm. Frederick patronized the arts and philosophers, and wrote flute music. Frederick is buried at his favorite residence, Sanssouci in Potsdam. Because he died childless, Frederick was succeeded by his nephew, Frederick William II of Prussia, son of his brother, Prince Augustus William of Prussia.
These portrait medallions were made by Japanese craftsmen in Sasaya, Japan under the direction of the Dutch East Indies Company expressly for export to the European market. All executed more or less in the same style and technique they form part of several series of portraits depicting famous historical personalities. The Japanese lacquerer finely and carefully copied prints from ‘L’Europe Illustré’ compiled by Dreux du Radier in six volumes between 1755 and 1765 and published in Paris. It contained 593 depictions of famous people from the early Middle Ages to the mid 18th century engraved by different artists who would often use earlier prints, drawings or paintings as their models.
The Rijksmuseum in Amsterdam has a collection of 19 medallions; some with portraits of historical figures others illustrating Roman Emperors, which is regarded as of documentary importance because of their number and that they were all acquired in 1829 as part of the Royal cabinet of curiosities of King William I in the Hague.
The Japanese export lacquer portrait medallions entering England in the 1770’s may well have influenced Josiah Wedgwood to commercially exploit their popularity and produce his own ceramic medallions of famous figures in blue jasper and black basalt ware, especially as he made a special series for the Netherlands depicting famous Dutch personalities.
NOTE: See other Japanese export lacquer plaques on our website 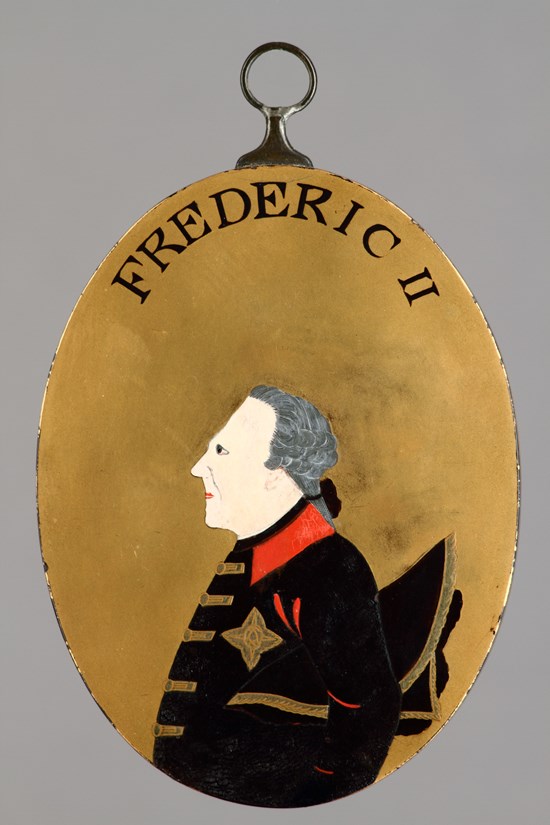 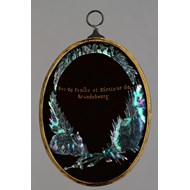