Caption Literature
A Fine English Ivory Toothpick Box with a Gold Mounted Micro Ivory Miniature Depicting a Picturesque Landscape with a Man Fishing Set on a Blue Glass Ground
By G.Stephany and J.Dresch
Late 18th – early 19th Century
Size: 1.5cm high, 9cm wide, 2.5cm deep - ½ ins high, 3½ ins wide, 1 ins deep
See: Finch & Co catalogue no. 17, item no. 153, for a micro ivory miniature of a frigate by Stephany and Dresch
cf: Bristol Museum and Art Gallery, a very similar box with inscribed label ‘Done by G.Stephany and J.Dresch Sculptors in Ivory’
Working in London and Bath in the late 18th and early 19th century G.Stephany and J.Dresch became so popular amongst fashionable society that they were granted the title of ‘Sculptors in Miniature on ivory to their Majesties’ by George III. Marvels of micro-ivory technique, their products were highly sought after and when their work was exhibited at the Royal Academy wealthy collectors would outbid each other in order to obtain them. 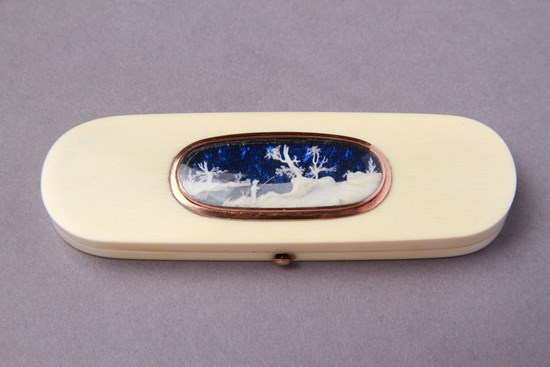 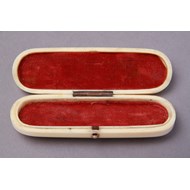 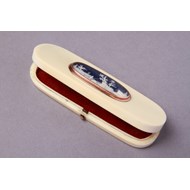 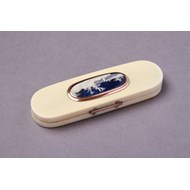