Caption Literature
A Rare Central Zaire Lega Sacred Ceremonial Headdress formed from the Bony Armoured Skin of a Temmincks Pangolin
Early 20th Century
Size: 38cm long – 15 ins long
See: Finch & Co catalogue no. 12, item no. 31, for a specimen of a Temmincks Pagolin
cf: A Lega hat made from a Pangolin in the Stanley collection of African Art at the University of Iowa Museum, USA
The Lega live in eastern Kivu province, Zaire, a densely forested area close to the Equator. They live by hunting and gathering, fishing and some slash and burn agriculture. Worn by a high-ranking initiate of the Lega Bwami society this distinctive headdress demonstrates the status of its owner. Regarded as a sacred object it was used in dances and initiations carrying an important symbolic message.
Associated with power and authority, for the Lega the pangolin is also a cultural hero who they believe taught them how to roof their houses with large leaves similar to the arrangement if its bony scales. A great many African objects are decorated with stylised isosceles triangles, which directly refer to the pangolin’s armour. It is also a pattern used in the scarification of the body. The pangolin is regarded as a sacred animal by the Lega and is never killed. Strict laws guarantee its protection. If an animal does meet with an accidental death, this creates such a ritual disequilibrium that it must be expiated by extensive appropriate rituals and distributions. Thus, pangolins were always found dead by the Lega and never hunted. 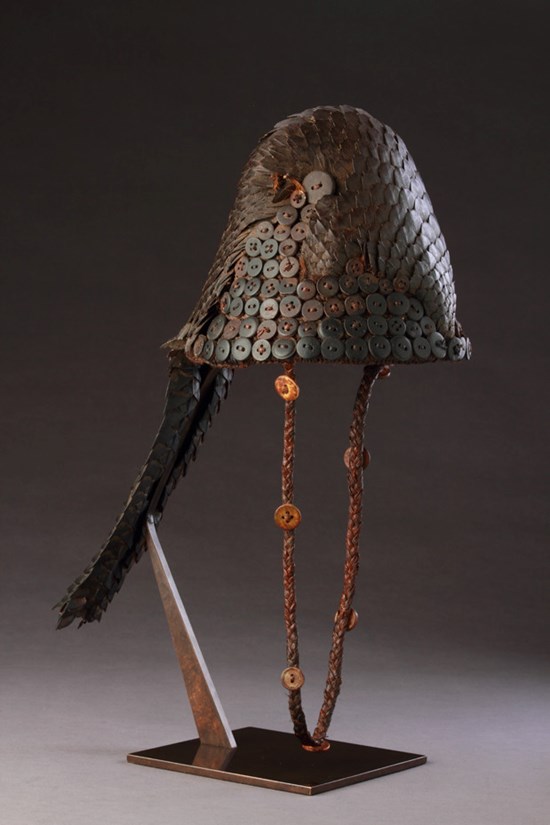 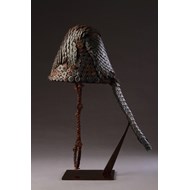 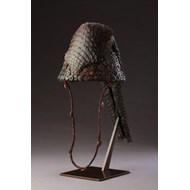 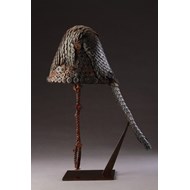 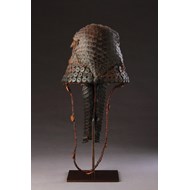 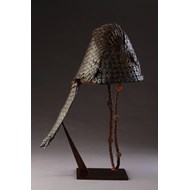 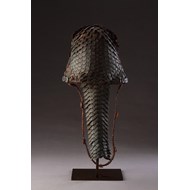