Caption Literature
A Rare Oval Silver Indian Peace Medal Engraved with a Portrait of ‘George Washington President 1793’ and a Native American Chief his Discarded Tomahawk at his Feet Smoking a Pipe of Peace both standing before a field being ploughed by two oxen the reverse engraved with an early rendition of the Great Seal of the United States of America
Circa 1793
Size: 16cm high, 10.5cm wide – 6¼ ins high, 4 ins wide
cf: An example very similar of 1792 in the Smithsonian Museum New York awarded at a conference between a delegation of Seneca, Cayuga, Onondaga, Oneida Tuscarova and Stockbridge tribes and President Washington, the Secretary of War, the Governor of Pennsylvania and others on March 13th 1792
These medals were made in three sizes from 1786 to 1893 by the United States mint in Philadelphia. They were designed and created by John Reich, each one having a portrait of the current United States President. They were minted until the term of President Andrew Jackson ended. The Presidents and their agents would present these medals to the Chiefs and significant warriors of the Native American tribes as tokens of friendship and goodwill, often accompanied by explanations of newly established United States sovereignty over tribal land. Within the tribes they became sought after as symbols of power and influence as they had been given to important Chiefs and men of rank. They were also a symbol of the supposed relationships between the American Federal government and the Native Americans in the late 18th and 19th centuries, but in most cases these were ultimately determined by force.
Prior to Thomas Jefferson’s presidency the obverse and reverse of the medal were separate silver sheets and before 1804 were engraved and not struck. As evidenced by those taken by Lewis and Clark on their famous 1804 – 1806 expedition to explore the Louisiana Purchase, which were struck as opposed to being engraved. 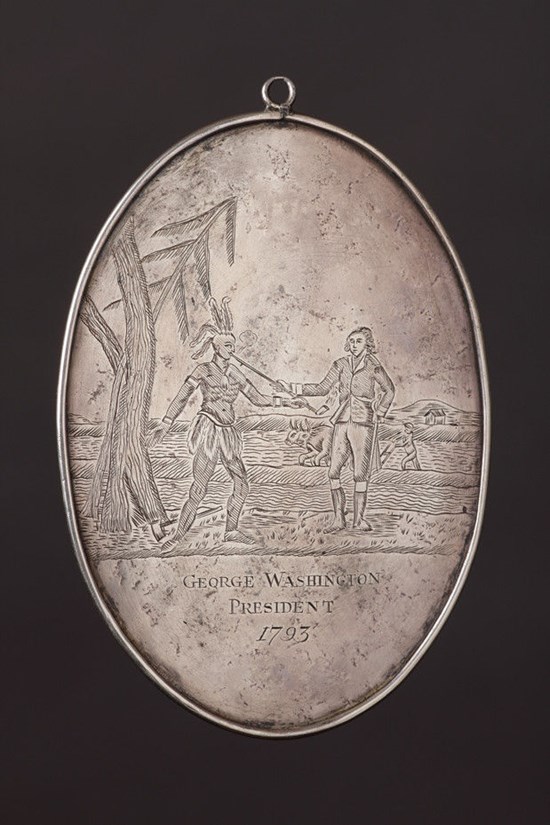 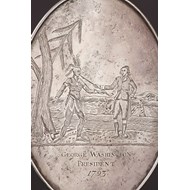 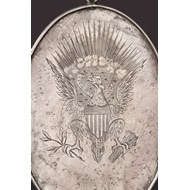