Caption Literature
A Finely Patinated Fijian Hardwood Pole Club ‘Bowai’ the decorated flared handle with concave butt inscribed with an inventory no. ‘XXVII.d.’
Early 19th Century
Size: 115cm long – 45¼ ins long
See: Finch & Co catalogue no. 15, item no. 41, for another ‘Bowai’
It is believed that Fijian weapons have been made in a number of stylised forms for over 300 years. Fijian traditions and surviving clubs that have been passed down through succeeding generations suggest that the indigenous weapons made and used by the 19th century warriors of the Islands were identical in shape and form to those of at least 200-300 years before. Each different shape has a special name, and for each club a different rooted ironwood sapling is trained over time, and then harvested and meticulously crafted into a formidable weapon.
These clubs were used in divination rites and would be stood upon their butt ends. If they remained standing during the ceremonies the omens were good, but if they fell over, it was bad. 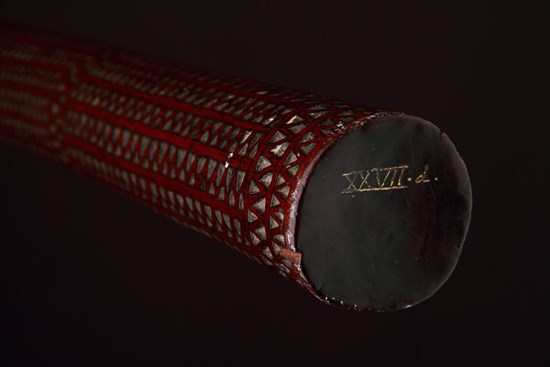 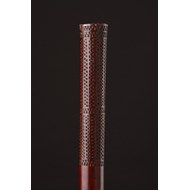 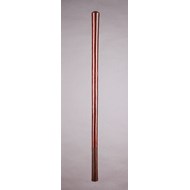