Caption Literature Exhibition
An English Cased Taxidermy Specimen of a Magnificent Golden Eagle ‘Aquila Chrysaí«tos’
19th Century
Size: 108.5cm high, 76.5cm wide, 40.5cm deep – 42¾ ins high, 30 ins wide, 16 ins deep
See: Finch & Co catalogue no. 17, item no. 97, for another example
The Golden Eagle was called ‘Aquila’ by the ancient Romans who regarded the bird as the symbol of Rome’s power and supremacy. The image of the eagle was born as a standard before every Roman legion. Made of silver or gold and always with extended wings, it often held a thunderbolt and since the age of Marius, (circa 157 - 86 BC), had become the signum of the whole Roman army.
Now Sold: similar examples in good condition required for stock
Especially examples by Roland Ward and Gerrard 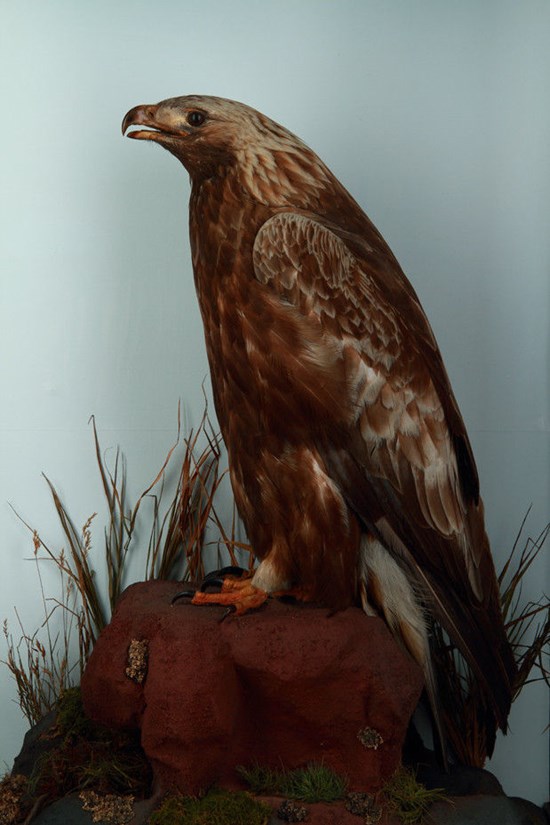 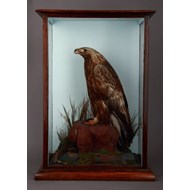 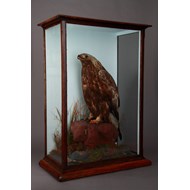 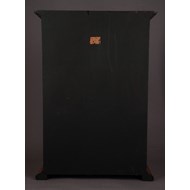