Italian ‘After The Antique’ Bronze of the Belvedere Antinous

Caption Literature
An Italian ‘After The Antique’ Bronze of the Belvedere Antinous on Fitted Wood Base
18th Century
Size: 21cm high, 8¼ ins high / 24cm high – 9½ ins high (with base)
The Paris Musée Central des Arts in 1800 described the antique marble known as the Belvedere Antinous as ‘one of the most perfect statues that has come down to us from antiquity’. The statue had been ceded by treaty to the French in 1797 and arrived in Paris in 1798 in a triumphal procession. At the end of the Napoleonic Wars it was removed and arrived back in Rome in January 1816.
Antinous was a name given to figures of male youths and as early as 1545 the statue was known by this title. It became one of the most famous sights to be seen in Rome and was often drawn by visiting artists. It was popular with both collectors and connoisseurs as well as with sculptors. Bernini, Duguesnoy and Poussin all studied it, as did Hogarth later in the 18th century who claimed that in regard to the utmost ‘beauty of proportion’ it ‘is allowed to be the most perfect..... of any of the antique statues’. During the 18th century the Antinous was reproduced from the original in a variety of different sizes and materials with both arms complete.

Italian ‘After The Antique’ Bronze of the Belvedere Antinous 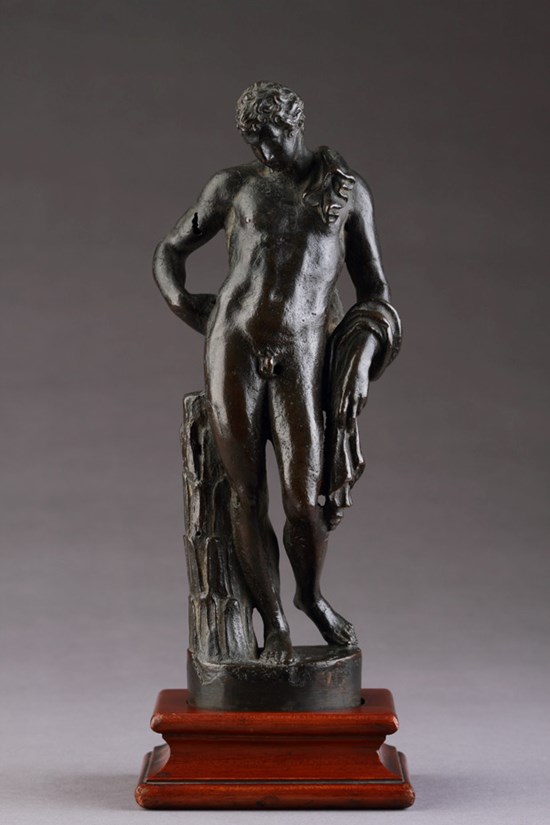 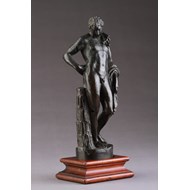 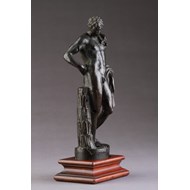 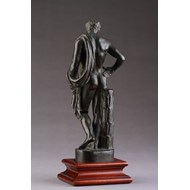 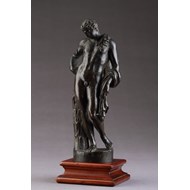 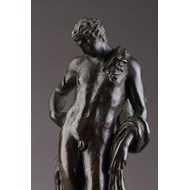 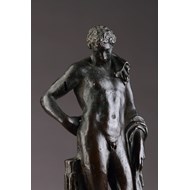