Caption Literature
An Eskimo Inuit Arctic Walrus Penis Bone Club the end decorated with the Head of a Polar Bear carved in Walrus Ivory
Late 19th Century
Size: 58.5cm long – 23 ins long
cf: The Zoomorphic Collection of John Hawkins exhibited June 2010 page 55, item no. 44
Polar bears are often associated with Eskimo Inuit subsistence, but were once rarely found south of Norton Sound preferring to stay north hunting seals along the ice edge. Sometimes they were carried down the coast on floating ice, but upon reaching land they would always instinctively begin to travel back to the north. Polar bears were the chief predators of seals and the carving on this club is intended to provide a special power to the hunter. 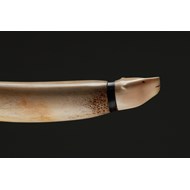 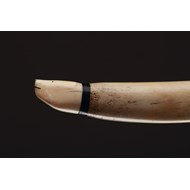 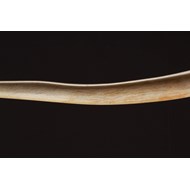 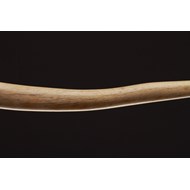 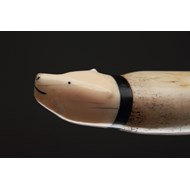 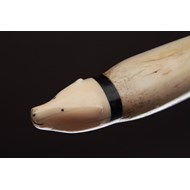