Caption Literature
A Fine Large Wedgwood Black Basalt Library Bust of the Ancient Greek Epic Poet Homer
Impressed Wedgwood Mark 1780 – 1812
Early 19th Century
Size: 59cm high – 23¼ ins high
Homer, Greek author of the Iliad and the Odyssey is traditionally thought to have lived around 950BC. Most representations of him seem to be based on a bust in the Naples Archaeological Museum. Wedgwood obtained a plaster cast of this bust from Hoskins and Grant, moulder and caster in plaster to the Royal Academy, and it was produced in black basaltes, after William Hackwood had worked on it, in two sizes in 1775. Josiah Wedgwood had a high regard for Hackwood’s modelling and wrote to Bentley in 1776 wishing we had ‘half a dozen Hackwoods’.
It was deliberate policy on Wedgwood’s behalf to make his pottery considerably cheaper than marble and much more durable than plaster, and when given a slightly polished surface it was as attractive as either, and also a rival to any finely worked bronze. The demand for the black basaltes library busts was considerable and in 1800 an order from Dublin requested over one hundred of them! 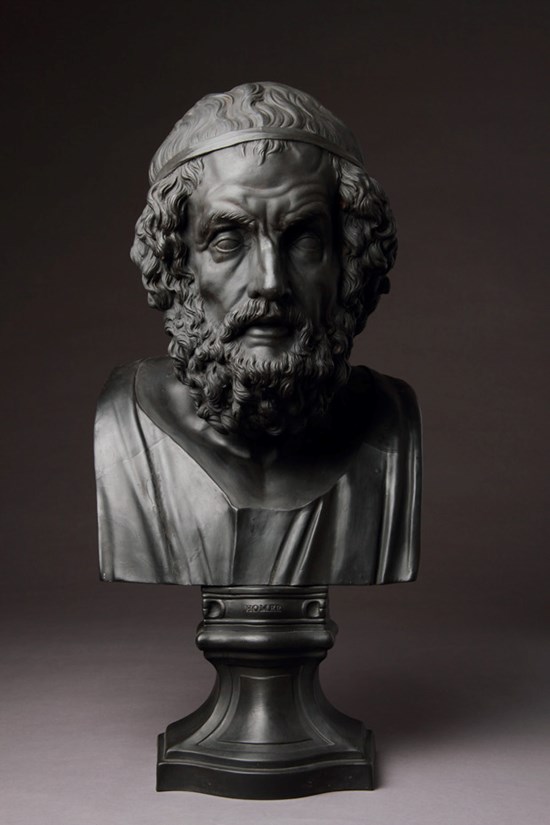 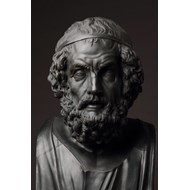 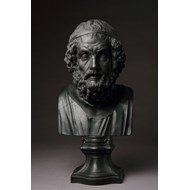 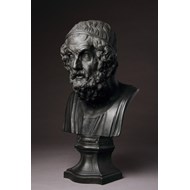 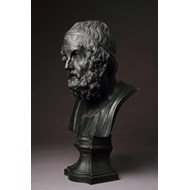 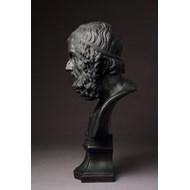 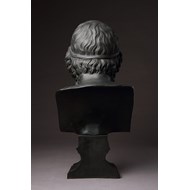 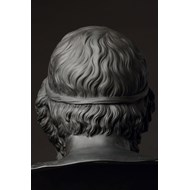 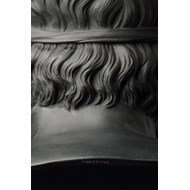 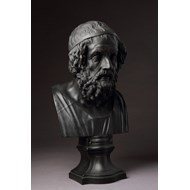