Caption Literature Exhibition
An Interesting Victorian Taxidermy Specimen of an English Golden Eagle ‘Aquila Chrysaí«tos’ contained within an Architectural Mahogany Case on Bun Feet
2nd half of 19th Century
Size: 75cm high, 83.5cm wide, 33.5cm deep – 29½ ins high, 33 ins wide, 13¼ deep
See: Finch & Co catalogue no. 17, item no. 97, for a German Golden Eagle
The eagle possesses legendary eyesight and can be trained to hunt with men and dogs, and it is still used in Asia to catch large game. With a wingspan of over six feet, it can ride the high thermal air currents, soaring and gliding in the sky for hours at a time. They are long-lived birds, which are now protected by law. Once found across the whole of mountainous North America and Eurasia they have become an endangered species due to poisoning, trapping, shooting and the use of pesticides and herbicides in modern agriculture. However, there are some 400 known pairs living in the European Alps that often successfully rear two young every year and there has been a programme of reintroduction to the remoter parts of the Scottish moorlands and mountains that is boosting their numbers annually.
Now Sold: Similar examples in good condition required for stock
Especially examples by Roland Ward and Gerrard 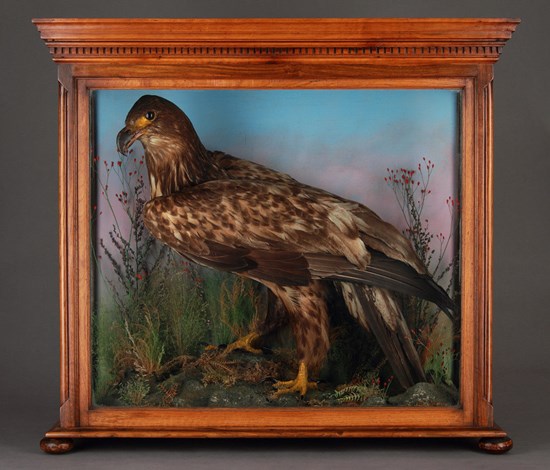 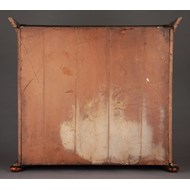 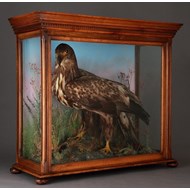