Caption Literature
A Pair of Victorian Ashford Inlaid Black Marble Table Candlesticks with Decorative Inlaid Panels of Quartz, Blue John, Malachite and various coloured marbles
Mid 19th Century
Size: 29.5cm high, 12cm square (base) – 11¾ ins high, 4¾ ins square (base)
The limestone massif of the Derbyshire peak district has some two thousand named mineral veins most of which were originally mined for their lead-ore, galena by the Romans in the 1st to 3rd century AD. The quartz minerals found as a result were, from the 18th century onwards, successfully manufactured into turned and polished objects that were sold in the fashionable spa towns of Ashford-in-the-Water, Bakewell, Matlock and Buxton.
Tourism increased at the end of the 18th century with the opening of such attractions as the Speedwell Mine in Castleton. In 1836 the Blue John cavern was improved and had a workshop and shop outside selling marble, spar and blue john ornaments. With the arrival of the railways in the 1860’s tourism increased from a flood to a torrent, and ‘museums’ were opened where one could literally ‘muse’ on the objects whilst making up one’s mind to purchase something. ‘Petrificationeers’ had shops selling fossils, mineral specimens and objects of marble; in particular of the inlaid Ashford black marble. Much had been made of this Ashford marble at the Great Exhibition of 1851, but by 1905 the works in Ashford-in-the-Water had closed. 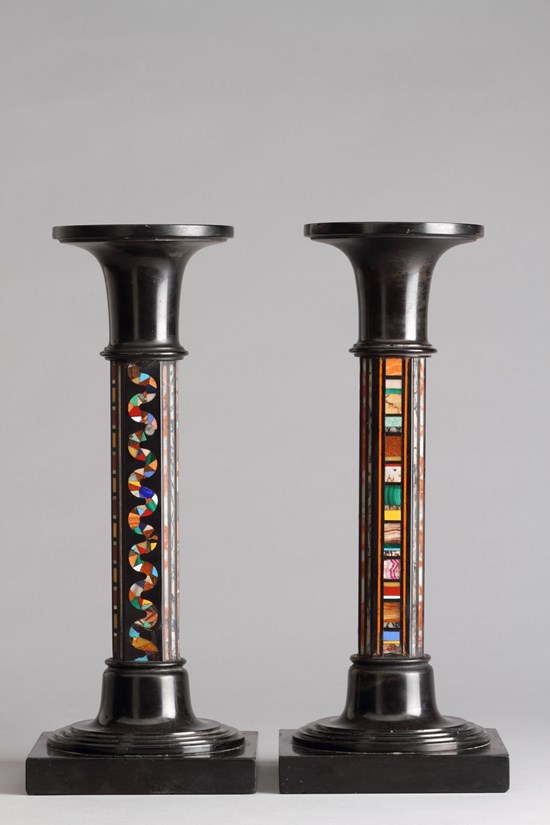 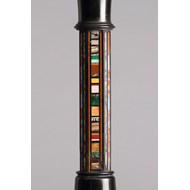 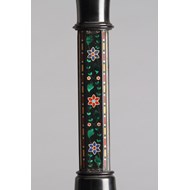