Caption Literature
A Sri Lankan Kandy Period Carved Ivory and Iron Elephant Goad ‘Ankus’ the blade shaped as an Abstract Bird traces of old red and black polychrome decoration to the Ivory Handle
18th Century
Size: 46cm long – 18 ins long
Elephant goads were used by the ‘mahout’ or handler to control his animal’s actions, direction and speed of pace, much like a bridle and bit is used on a horse. An elephant’s ears are very sensitive and the ‘ankus’ is used to prod and pull at them to affect the correct response to the mahout’s given command.
The elephants of Ceylon were an essential requirement for the pageantry of the Island's princes and kings, and for the processions of the Buddhist temples. The young, wild elephants needed for these events were captured either by the use of female decoys or by the strategy, cunning and agility of the mahout. Of a particular caste, these handlers devoted themselves to the pursuit and training of the elephants. Later, in the wake of European colonization, it became necessary to take further advantage of the elephant’s great strength and intelligence and they were consistently used in the clearing of forests and the making of roads and railways. 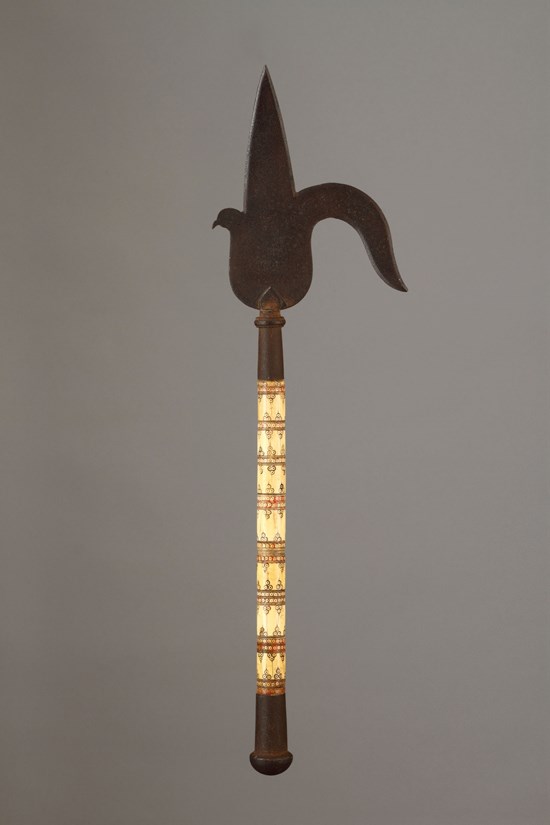 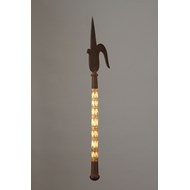