Caption Literature
A West African Asante Miniature Representation of the Kings ‘Golden Stool’ cast of Gold by the lost wax technique
Together with a model of a Gilded Bronze ‘X’ Shaped Asante Chair ‘Asipem’ based on a 16th century Portuguese prototype and made only for Kings
Circa 1900 – 20’s
Stool: 23.6 grams in weight
Size: 3cm high, 5cm wide, 2.5cm deep – 1¼ ins high, 2 ins wide, 1 ins deep (stool) 10cm high, 6.5cm wide, 6.5cm deep – 4 ins high, 2½ ins wide, 2½ ins deep (chair)
Gold is of great cultural importance to the Asante of Ghana both to their art and to their beliefs. The gold was panned and mined locally and the court closely controlled its use. Amongst the Asante, ceremonial stools indicate power, status and the succession of Chiefs and Kings, and legend tells us of a stool of shining gold. They believed that their life force, health and wealth was embodied in the ‘Golden Stool’ and that should this ever be destroyed or captured the Asante nation would sicken and die. Once a year the stool was borne to Bantama in great state under its own golden umbrella, cradled in its own chair, and slaves and prisoners were sacrificed before it and their blood poured over it reconsecrating it as the ancestral soul of the people. Today it is still treasured in the stool house of the Asantehene and when not in use sits on its side in an ‘asipem’ chair.
In West African Kingdoms the technique of lost wax casting was adopted to produce ornaments of great sophistication and intricacy. Whilst Benin became a centre of brass casting using this method, it was the Asante of Ghana who produced the most spectacular jewellery and objects made in all of Black Africa. The magnificence of the Asante court and the amount of gold with which the Kings and his officials adorned themselves dazzled and overwhelmed visitors who recorded breathless descriptions of what they had seen. In public appearances the weight of gold that the king wore on his arms, wrists and fingers was so great that he was obliged to rest his hands on the heads of small boys who stood before him. 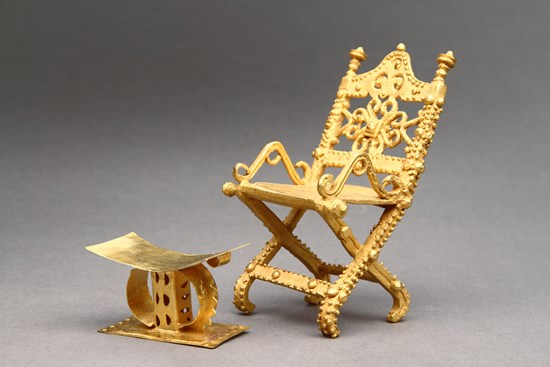 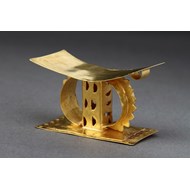 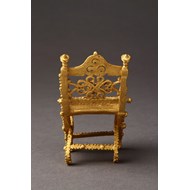 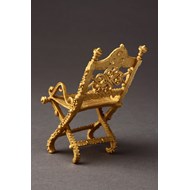 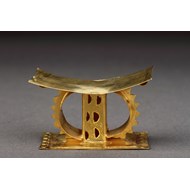 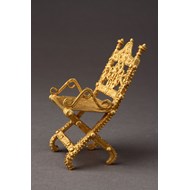 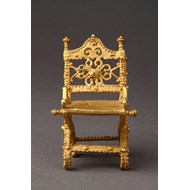 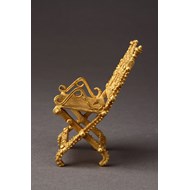 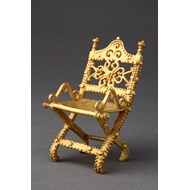 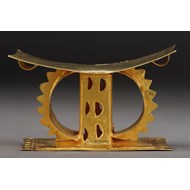