Caption Literature
A Very Large Fijian Two Handed War Club ‘Sali’ carved of hardwood with a broad serrated blade, pierced and hung with strands of woven human hair
Old silky smooth and dry patina
18th – early 19th Century
Size: 111cm long – 43¾ ins long
These impressive war clubs are said to be named after the clawed sali flower of one of the wild banana like plants, which grow on the Pacific Islands of Fiji. They have longer, broader cheeks and a more highly developed crest or spur than gata clubs although they were used in the same way being designed to slice and cut through bone rather than smash and shatter it.
Fijian clubs of this quality were expensive products made by specialist craftsmen called ‘Matai’. Using stone adzes they were commissioned by chiefs to carve particular weapons, and they would be paid with feasts and property presentations. Sometimes these weapons were not made for immediate use, but intended for formal exchange ceremonies between different communities and would figure prominently amongst the goods changing hands. 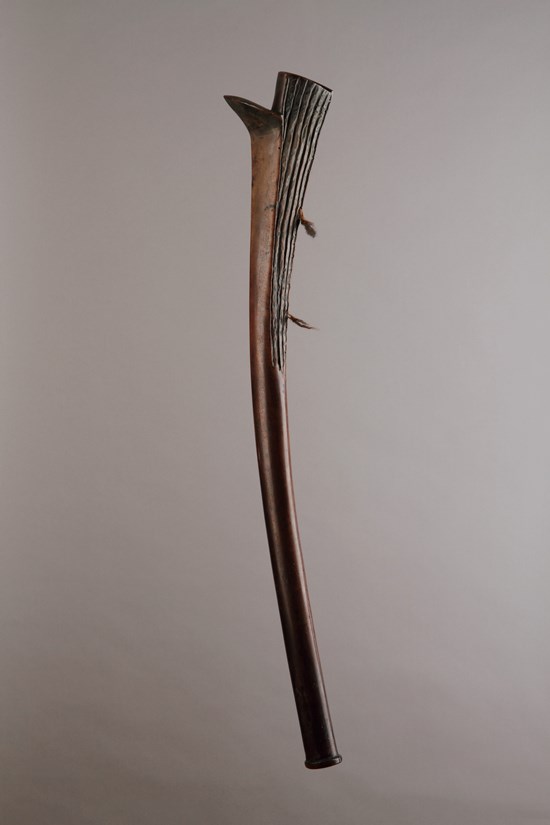 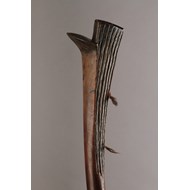 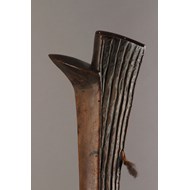