Caption Literature
A Fine Regency Ivory Pocket Almanac Notebook and Diary the top containing an integral pencil, which pulls out releasing seven ivory leaves named for each day of the week the pencil doubling as a pointer to turn the inlaid silver dial on the front operating the perpetual calendar
The whole engraved with leafy tendrils oak leaves and acorns. Fine original condition
Circa 1810 – 20
Size: 10cm high, 4.5cm wide, 1cm deep – 4 ins high, 1¾ ins wide, ¼ ins deep
Objects such as these used in domestic and personal life were craft produced with such care and attention that they became works of art. Sometimes commissioned directly by the wealthy, the beautiful object was seen as an adjunct to their social status and the distinction between luxury and function was only partial. In the early 19th century writing objects and diary’s were the privilege of the learned literate few, and hence by definition clear markers of social status. 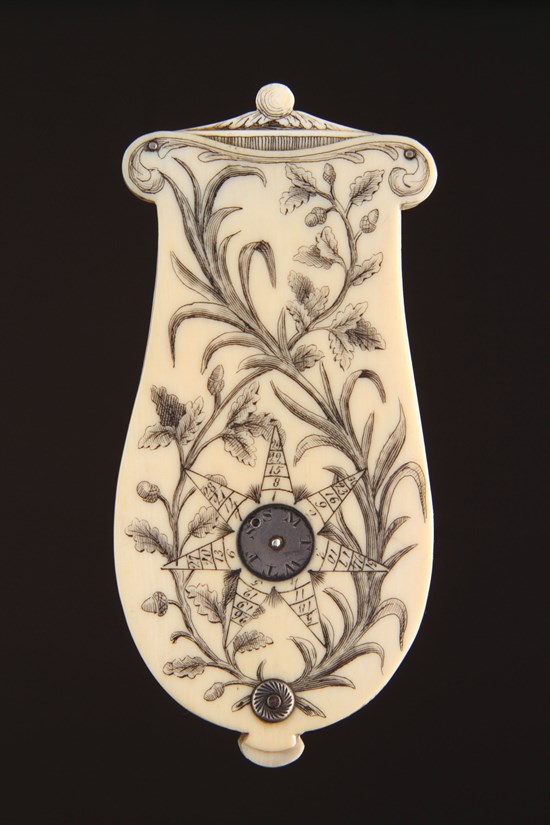 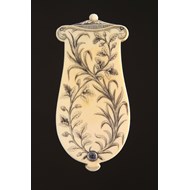 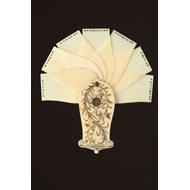