Caption Literature
A Fine English Neo Classical Two Colour Agate Cameo in a Gold Pendant Mount of King George III as a Roman Emperor in original leather and velvet lined case
A label to the reverse inscribed ‘Nuremberg 1863 (In O.S.T’s Hand)’
Early 19th Century
Size: 6cm high, 4.5cm wide, 1cm deep – 2¼ ins high, 1¾ ins wide, ¼ ins deep
7cm x 5.5cm – 2¾ ins x 2¼ ins (case)
The art of cameo cutting can be traced to the Ancient Egyptian carving of the sacred scarab beetle. Hard-stones were cut and engraved into the shape of a scarab and used as amulets. During the Renaissance there was a great renewal of interest in classical learning and the art was revived, only for it to fade and go out of fashion during the 17th and early 18th centuries. However, with the wave of Neo-Classicism in art and architecture that lasted roughly from about 1760 to 1820 cameo carving became a perfect expression of its spirit and was esteemed in the same way as painting and sculpture. The great archaeological discoveries of the time led to a new interest in ancient culture and the classical style of these ‘after the antique’ cameos satisfied the antiquarian tastes of the time as well as alluding to a rich genealogical heritage. 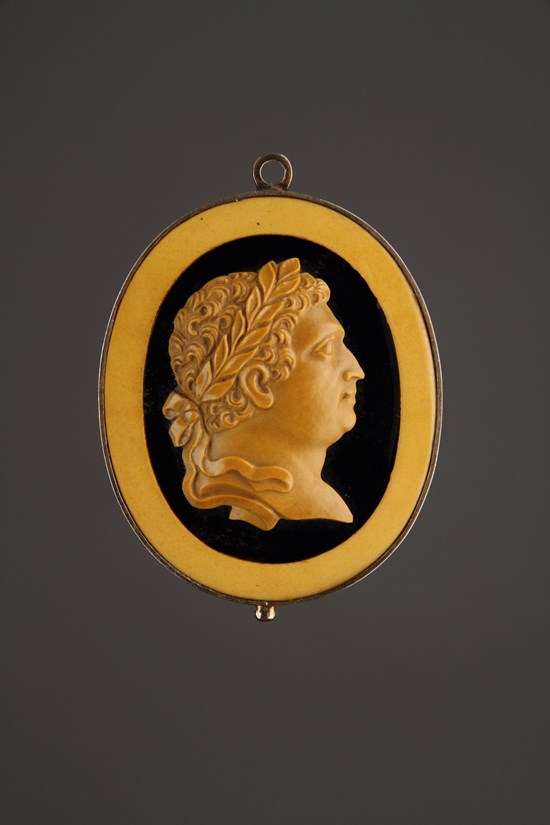 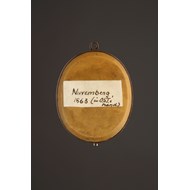 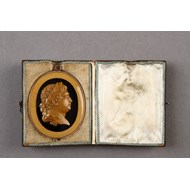