Caption Literature
An Ancient Gallo Roman Bronze Steelyard Weight Depicting a Male Figure in a Roman belted tunic with a Chlamys fastened at his shoulder
The back of the head pierced for suspension
Old dark green smooth patination
2nd – 3rd Century AD
Size: 13cm high – 5 ins high – 15.5cm high – 6 ins high (with base)
This bronze figure once acted as a counterweight for a steelyard balance and was probably used in a market or shop. The scale pan hung from the shorter arm of the balance, and the counterweight hung from a loop, which freely moved along a graduated scale along the longer arm. There were usually two alternative positions of the fulcrum and two corresponding graduated scales reading from 1 to 14 and from 10 to 50.
Standard weights and measures were a very important feature of the Roman commercial system. The official standards were laid down in Rome and became the point of reference for the whole of the ancient trading empire. 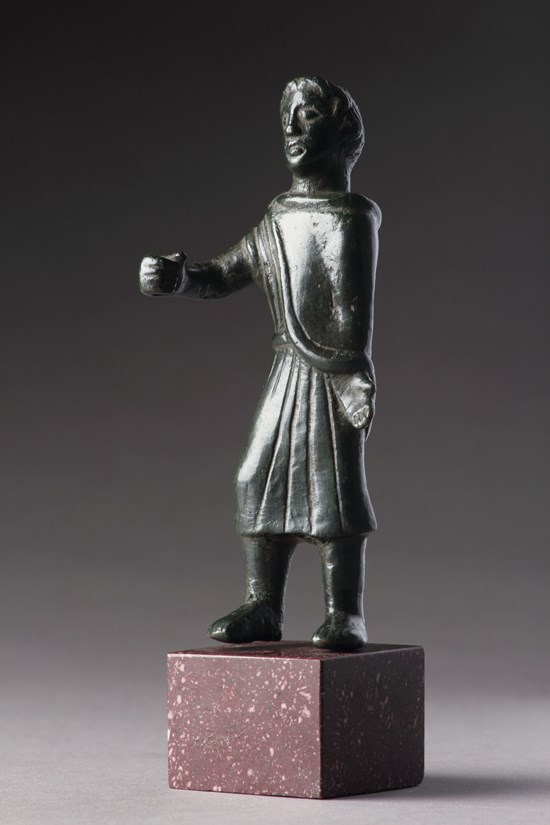 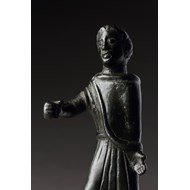 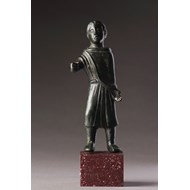 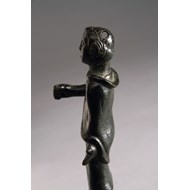 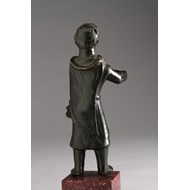