Caption Literature Exhibition
A Rare and Fine Collection of Japanese Export Lacquer Portrait Medallions on Copper Decorated in Gold Hirahaki-E and Kinji on a Roironuri Ground the one of Frederick II of Bradenburg and Prussia in coloured lacquer inlaid with pearl-shell to the reverse each one entitled around the rim and inscribed in Latin or French to the reverse
Late 18th Century
Size: approx: 12cm high, 9.5cm wide – 4¾ins high, 3¾ ins wide (each)
14cm high – 5½ ins high (with ring)
See: Japanese Export Lacquer, 1580 - 1850, Oliver Impey & Christiaan Jorg, Hotei Publishing, Amsterdam, 2005 - Pages 49, 50, 51 and 216 for similar examples of oval medallions from the 1780's
These portrait medallions were made by Japanese craftsmen in Sasaya, Japan under the direction of the Dutch East Indies Company expressly for export to the European market. All executed more or less in the same style and technique they form part of several series of portraits depicting famous historical personalities. The Japanese lacquerer finely and carefully copied prints from ‘L’Europe Illustré’ compiled by Dreux du Radier in six volumes between 1755 and 1765 and published in Paris. It contained 593 depictions of famous people from the early Middle Ages to the mid 18th century engraved by different artists who would often use earlier prints, drawings or paintings as their models.
The Rijksmuseum in Amsterdam has a collection of 19 medallions; some with portraits of historical figures others illustrating Roman Emperors, which is regarded as of documentary importance because of their number and that they were all acquired in 1829 as part of the Royal cabinet of curiosities of King William I in the Hague.
The Japanese export lacquer portrait medallions entering England in the 1770’s may well have influenced Josiah Wedgwood to commercially exploit their popularity and produce his own ceramic medallions of famous figures in blue jasper and black basalt ware, especially as he made a special series for the Netherlands depicting famous Dutch personalities.
NOTE: sold individually or in pairs or as a collection - please contact for details
SEE ALSO: Two other examples on our website
Guittemberg (Johannes Gutenberg) Plaque now sold 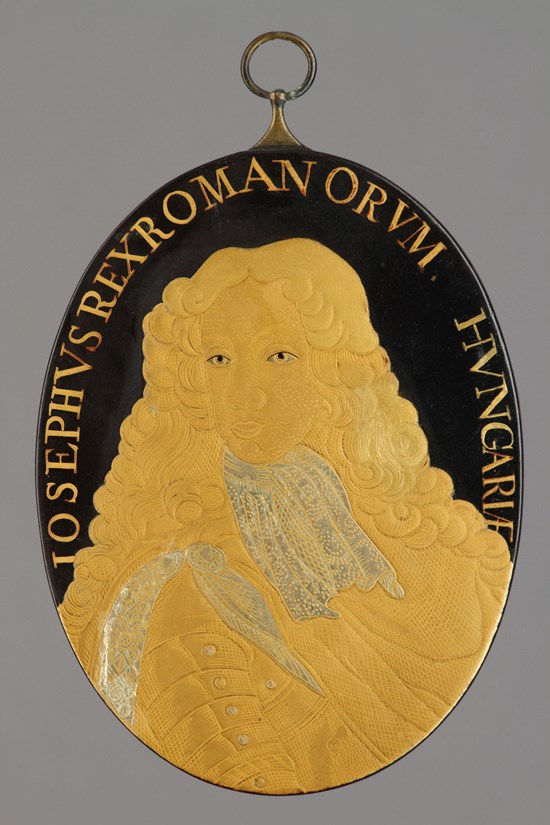 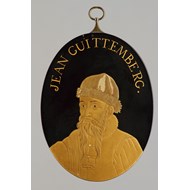 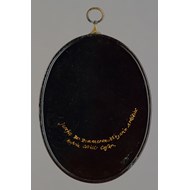 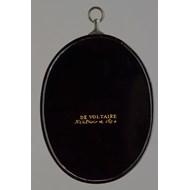 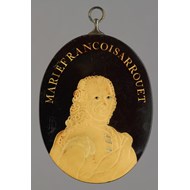 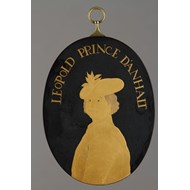 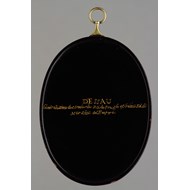 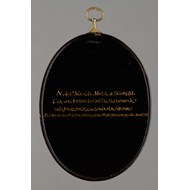 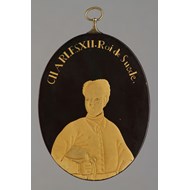 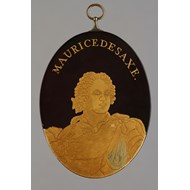 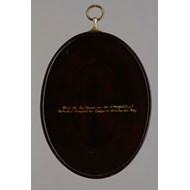 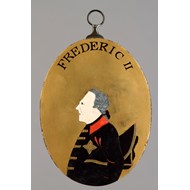 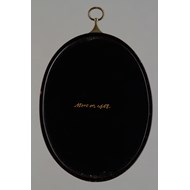 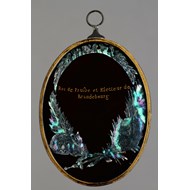