Caption Literature
A Fine and Rare Large Fijian Two Handed Ceremonial War Club ‘Gatawaka’ carved of hardwood and inlaid with nine human teeth
Superb old silky patina
18th – early 19th Century
Size: 101cm long – 39¾ ins long
The heavy two handed war club in all its various forms is regarded as being the favourite arm of the Fijian warrior. To slay an enemy with a club brought the warrior more prestige than to kill with any other weapon. Sometimes in order to gain ‘Koroi’, killer status, a detained prisoner would be speared and then administered a killing blow by a warrior to the head with a club. The fact that the club shattered that part of the body held most sacred by Fijians; the head, accounted in some degree for the special psychological aura surrounding it and distinguishing it from every other weapon in the Fijian warrior’s armoury.
A tally of kills made with a club was often kept by a means of nicks or notches on the head or handle, by boring small holes in the shaft and, as in this example, by inlaying a tooth from each victim in the club’s head. 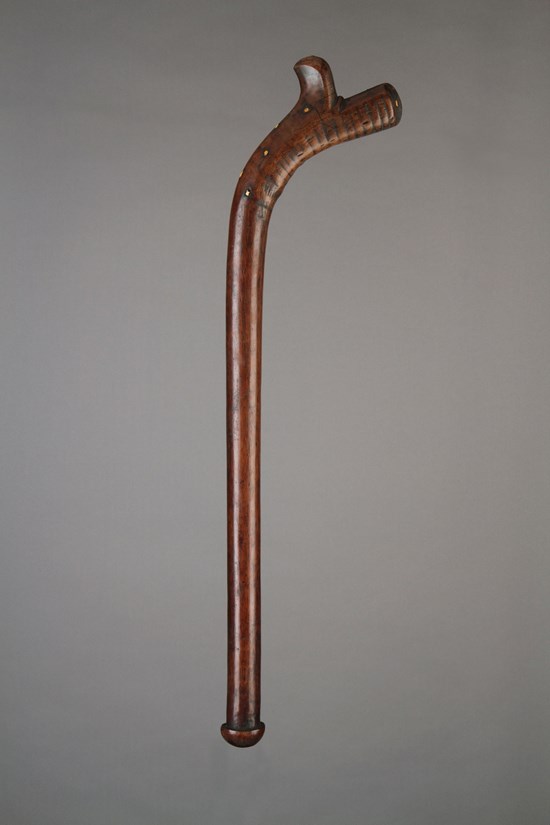 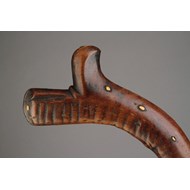 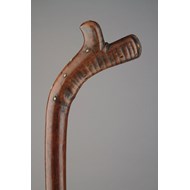 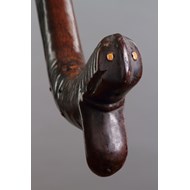