Caption Literature
Two Californian Gold Rush Souvenir Bar Brooches
a. Shaped as a prospecting miners pick and shovel bound together around a gold nugget with a rope from which two miners buckets are suspended. The shovel marked to the reverse ‘18ct’
b. Shaped as a prospectors shovel with a found nugget of pure gold tied to the handle with a golden rope
Circa 1850 – 70
Sizes: 4.5cm wide – 1¾ ins wide (each)
In August 1848 Colonel R B Mason, Military Governor of California went to Washington and showed the Secretary of War a tea-caddy he had brought with him full of lumps and nuggets of Californian gold. The gold strike of 1848 then ceased to be solely a Californian concern and became the ‘Gold Rush’ attracting over one hundred thousand people to San Francisco in search of El Dorado during 1849 alone. 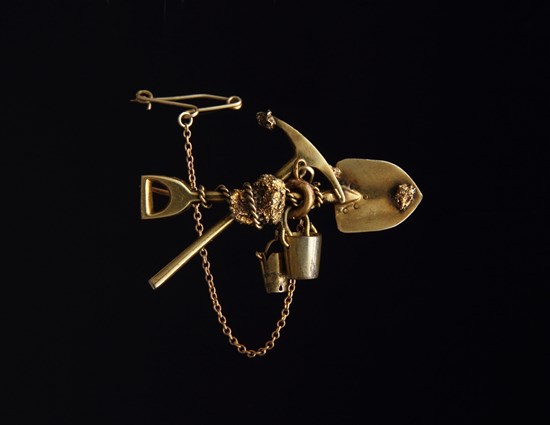 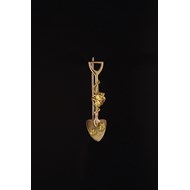 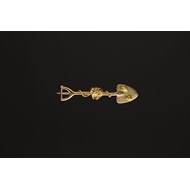