Caption Literature
An Indo-Portuguese Goa Carved Ivory of the Crucified Christ
Traces of gilding to the Perizonium, black colouring to the swirling curls of the hair and beard and of red to the lips. The veins on his outstretched arms, the protruding ribs of his chest with the spear wound, and the crossed extended feet all carved in detail
Late 17th Century
Size: 33.5cm high, 28cm wide – 13¼ ins high, 11 ins wide
A curious hybrid of Indian and European culture developed from the Portuguese take over in the 16th century of the colony of Goa in the south west of the continent. The Portuguese Jesuits commissioned religious carvings in India's land of cheap raw materials and labour and had them produced to their own cultural Christian iconography and taste. The resulting carvings of the Madonna, St Anne and Anthony, angels, Christ on the cross, as a child and as the Good Shepherd, all have very similar characteristics, such as the hair defined by grooves, but overall Indo-Portuguese Goa ivory carvings are curiously appealing and pleasing. 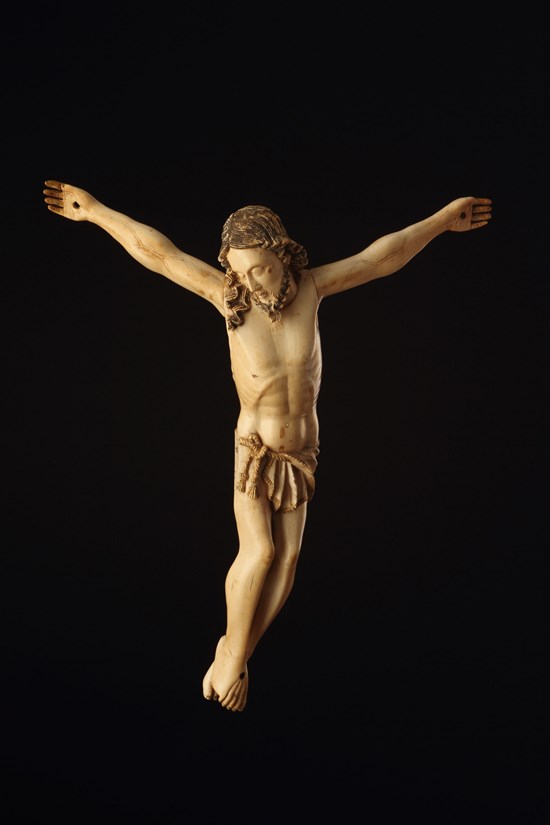 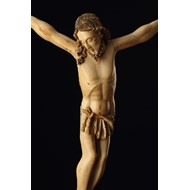 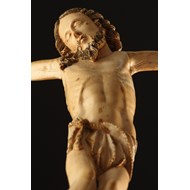 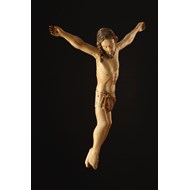 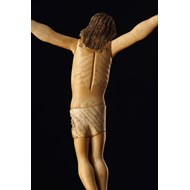 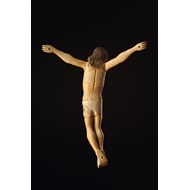