Caption Literature
A West African Upper Cross River Region Ejagham ‘Ekoi’ Skin Covered Masquerade Cap Mask
With protruding lead eyes and metal teeth, three sacrificial marks to each side of the face
Early 20th Century
Size: 23.5cm high – 9¼ ins high / 32cm high – 12½ ins (with base)
These skin covered headdresses or cap masks are distinct to the Cross River region of Nigeria and Cameroon and it is thought that they originated with the Ejagham ‘Ekoi’ people. They are constructed of carved wood wrapped in antelope skin and attached to a woven base, which was worn on the top of the head and connected to a knitted textile that covers the performers face.
In 1905 the German colonial officer Dr Alfred Mansfield gave a lecture at the Berlin Museum fí¼r Ví¶lkerkunde on skin covered masks from the Ejagham region and described them as belonging to high elders in the village and to men who had applied successfully for entry into the elders association. Those that gained entry exhibited merit through their industriousness and affluence. A mans wealth was measured by a defined number of wives, slaves, animals and cloth. The man’s level of merit determined the grade at which he would enter and the headdress it would be appropriate for him to commission. This could be custom designed or chosen from a set of ready-made forms. Those of the greatest wealth occupied the three top tier grades, a status which was indicated by the scarification patterns on the mask's face. They are therefore highly personal objects, which were commissioned to signal a particular position of accomplishment and status within the village community. 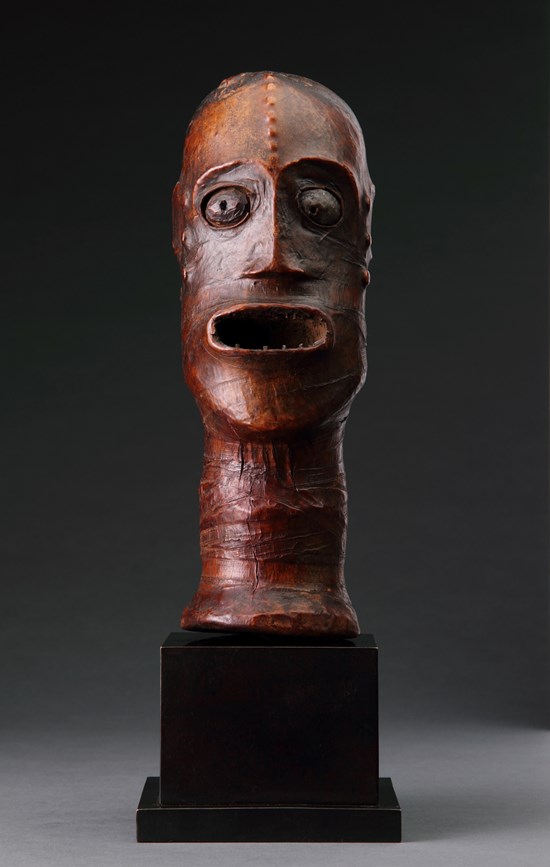 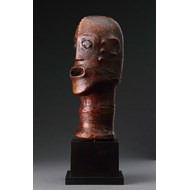 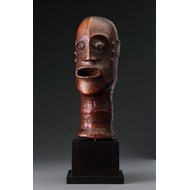 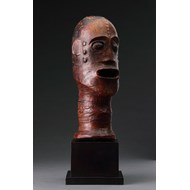 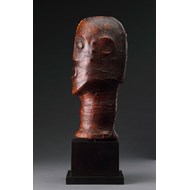 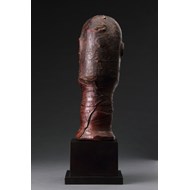