Caption Literature
A Fine German Ivory and Ebony Walking Cane
The top carved with the armorial of Baron Hardt Von Welienstein and the base carved with acanthus leaves
The neck and ferrule also of elephant ivory
Mid 19th Century
Size: 96cm long – 37¾ ins long
The Barons Hardt Von Welienstein were ennobled in the kingdom of Wurttemberg on 1st November 1843. They use the same arms as Hardt Zu Grabenstadt of Bavaria who were ennobled in the Holy Roman Empire on 25th November 1762.
The Kings of Wurttemberg once ruled Swabia, a South Western medieval duchy extending from the River Rhine in the West to the Alps in the South, Bavaria in the East, and Franconia in the North, which contained the artistic centres of Strasbourg, Constance and Augsburg. The area provides an infinite variety of beautiful picturesque landscapes, bounded on the South by the blue line of the Swabian Jura which rise to over 874 metres, and with small valleys enlivened by orchards and vineyards that alternate with the gentle slopes of wooded hillsides. 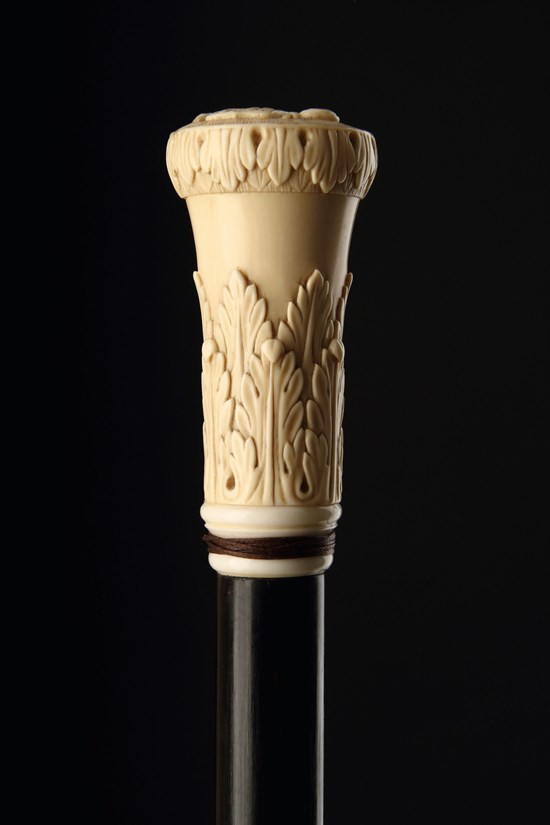 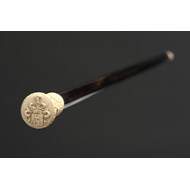 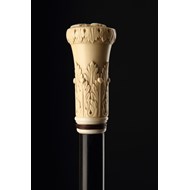 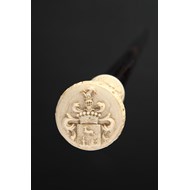 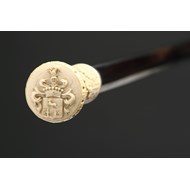 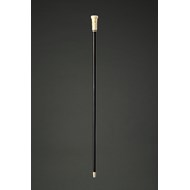