Caption Literature
An Unusually Large and Finely Detailed Indian Carved Ivory Tableau of a Mughal Dignitary sitting cross legged in his canopied carriage drawn by two sacred bullocks, the coachmen seated under an awning
Probably Gujurat, Western India
Second half of the 19th Century
Size: 20cm high, 39cm long, 18cm wide – 8 ins high, 15¼ ins long, 7 ins wide
In the 19th century, these tableau were made in India for European consumption. The colonial British had a nostalgic desire to present the Indian classes, castes and culture within a timeless miniature form producing a parallel world to the one they were struggling to control.
Carriages and carts such as this are still the chief means of transport and haulage in rural areas and as such are a symbol of an ‘authentic’ village India. 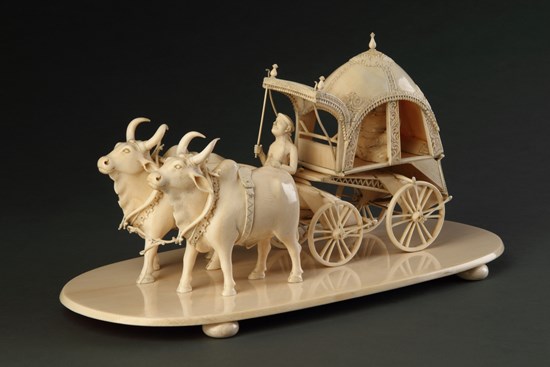 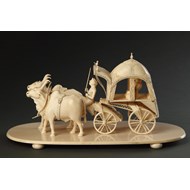 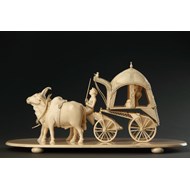 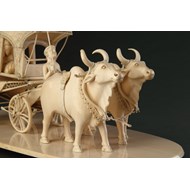 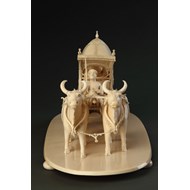 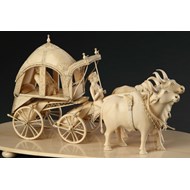 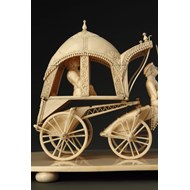 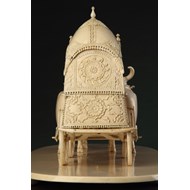