Caption Literature
An Ancient Imperial Roman Over Life Size Marble Hand of a Female from a Colossal Statue
The index finger and thumb extended, the other fingers bent, all grasping a twisted length of a Himation
1st - 2nd Century AD
Size: 23cm long – 9 ins long
Both the Roman Emperor Nero in the 1st century AD and Emperor Hadrian in the 2nd century AD appear to have been genuinely enthusiastic about art and because the wealthy Roman citizens followed their Emperor’s lead, the city of Rome became a magnet for artists and craftsmen from all over the Empire, and the fashions set in Rome gradually filtered out into the provinces. The official portraits of the Emperor and his family had an enormous effect on the way that Romans themselves either looked or chose to have themselves portrayed. In the reign of Augustus everyone was clean-shaven and rather classical looking, but in the 2nd century AD Hadrian introduced a fashion for beards, which quickly became obligatory for all fashionable and well-to-do men. 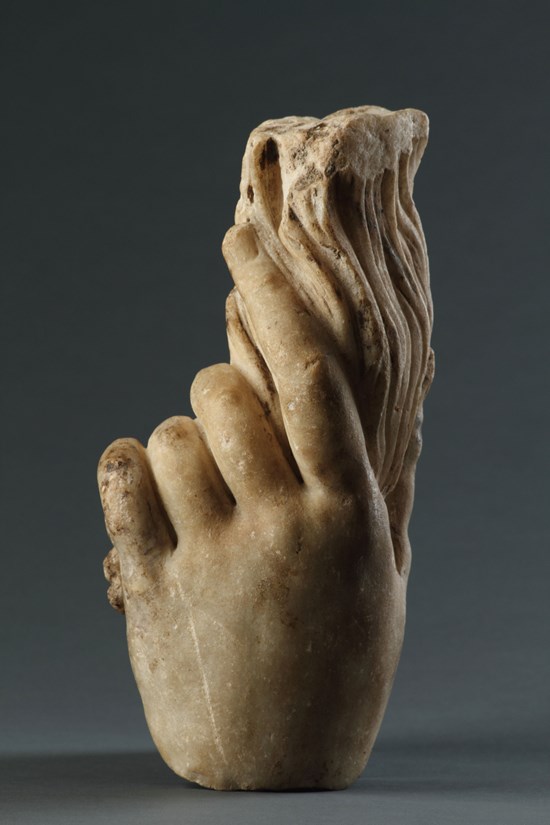 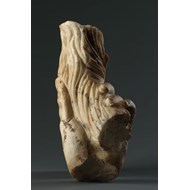