Caption Literature
An Interesting German Cased Taxidermy Specimen of a Magnificent Golden Eagle ‘Aquila Chrysaí«tos’, an old label in German script bearing the date of Oct 1839
Circa 1839
Size: 90.5cm high, 66cm wide, 34.5cm deep – 35½ ins high, 26 ins wide, 13½ ins deep
The ancient Romans called the Golden Eagle ‘Aquila’ and used it as the symbol of Rome's power and supremacy. Its image surmounted the staffs borne in front of every Roman legion.
The eagle has legendary eyesight and is a great hunter feeding largely on animals which it kills with its powerful talons; rabbits, marmots and squirrels. It is still trained for hunting in Asia and used to catch large game. With a wingspan over six feet they are long-lived birds. Once having established a nesting spot, they come back to it year after year. They sometimes nest in trees, but their favourite aerie is an inaccessible ledge on a cliff. They build a huge bulging nest of sticks and add to it annually. The usual clutch is two eggs, sometimes only one. The incubation period lasts about 6 weeks and when hatched both parents feed the young, although the male seems to bring more food. They remain in the nest for at least 12 weeks before they are able to fly.
At one time the golden eagle was found across the whole of Eurasia and North America, mostly in mountainous areas. Its present rarity through most of its range is largely due to shooting, poisoning and the use of pesticides and herbicides in agriculture. It is now extinct over much of its former range, but there exists some 400 known pairs in the Alps, often successfully annually rearing two young, which used to be the exception. 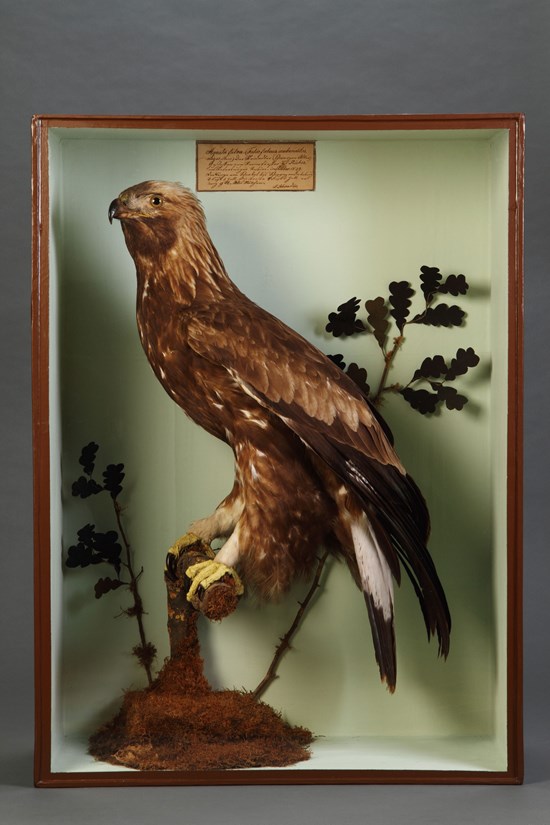 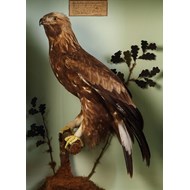 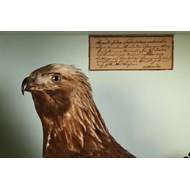