Caption Literature
A Fine Flemish South Netherlands Late Gothic Carved Ivory Standing Figure of the Virgin and Christ Child
Mounted on an old velvet covered stand
Late 14th – early 15th Century
Size: 18cm high – 7 ins high (25.5cm high – 10 ins high old velvet stand)
This delicate carving of the Madonna and Child was meant to be viewed from the front, and probably once had a silver halo attached to the Virgin's head. It would originally have been set on a small altarpiece or tabernacle to be viewed as a sublime object of personal devotion.
The pose and the simplicity of the fall of the drapery composed of several overlapping garments, the Virgin’s elongated slender face, long straight nose and small month and chin hark back to the earlier gothic style of the ivories of the íŽle de France school. Gothic ivories were in virtually every Royal European treasury and also every sacristy, but in none of the inventories is the origin of the example recorded. Flemish virgins and shrines of ivory were often discovered in collections in Italy and thought to be of Italian origin. However, Flanders carried on an extensive trade with Italy in the 15th century where their ivory works of art were much sought after. 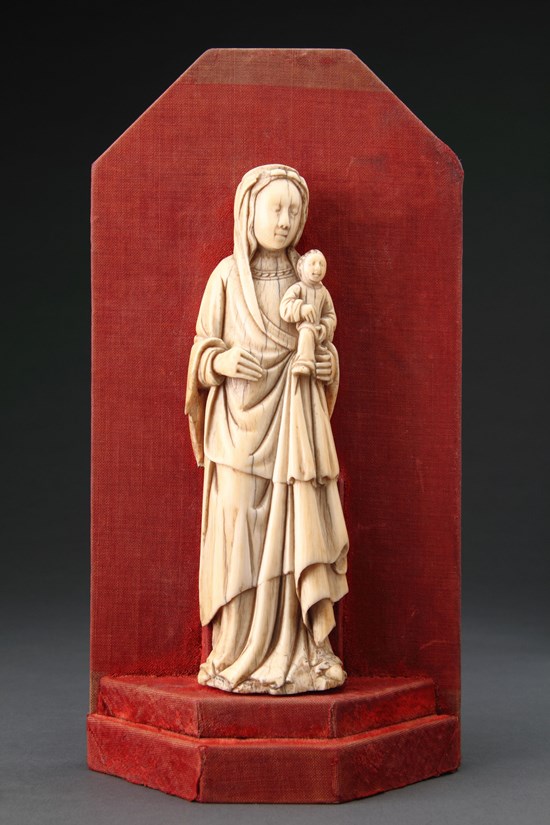 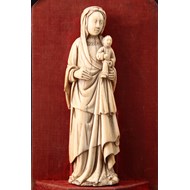 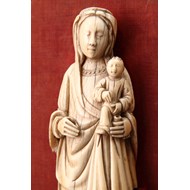 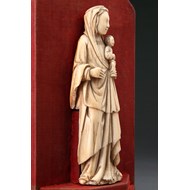 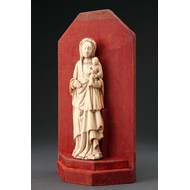 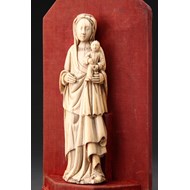