Ancient Romano British Bronze of Cupid or Eros, the God of Love

Caption Literature
An Ancient Romano British Bronze of Cupid or Eros, the God of Love
1st - 2nd Century AD
Size: 12.5cm high – 5 ins high
18.5cm high – 7¼ ins high (including base)
The son of Venus or Aphrodite by Zeus, Ares or Hermes, Cupid was thought of as a beautiful, but wanton boy armed with a quiver full of ‘arrowed desires’.
According to legend Venus became jealous of beautiful Psyche, ‘the soul’, and ordered her son to inspire her with a love for the ugliest of all men, but Cupid himself fell in love with Psyche and invisible, visited her every night. He ordered her not to attempt to see him and when overcome with curiosity she violated his command he deserted her. Psyche wandered about the world seeking him, overcoming many obstacles placed in her way by Venus, until at last Jupiter granted her immortality and the lovers were reunited.

Ancient Romano British Bronze of Cupid or Eros, the God of Love 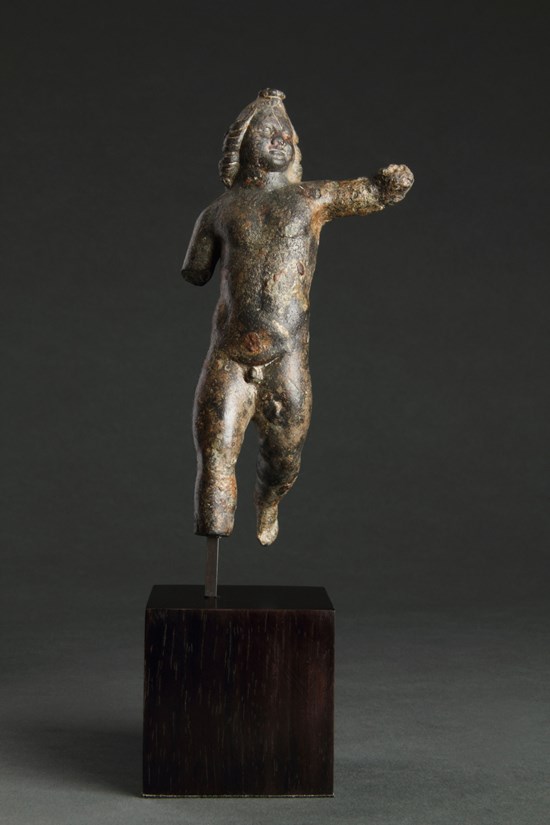 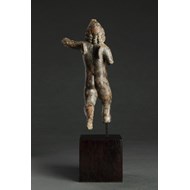 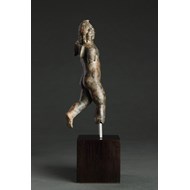 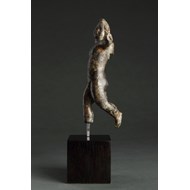