Caption Literature
A Jerusalem Devotional Carved Olive Wood Model of Christ’s Crucifixion Cross on a tapering stepped base inlaid with mother of pearl, engraved with the symbols of the passion
Late 17th Century
Size: 62.5cm high, 26cm wide – 24½ ins high, 10¼ ins wide
See Finch & Co catalogue no.14, item no.88, for a 17th century Jerusalem model of the Holy Sepulchre
As a holy city from the time of Constantine the Great, Jerusalem has always attracted scholars and pilgrims, but after the discovery and excavations of the Holy Christian sites, it became a very important focus of pilgrimage. In 1335 the Franciscans returned to the city and over time numerous churches, monasteries and associated hospices were built to care for, accommodate and cater to the thousands of Christian pilgrims. In the 17th century the Franciscan friars began to take commercial advantage of this influx and founded workshops using the local Syrian craftsmen to make mother of pearl inlaid wood models of the Sepulchre, the tombs, pilgrimage sites and objects in their traditional style to sell to the pilgrims as ‘souvenirs’, thereby boosting the monastery’s revenues. 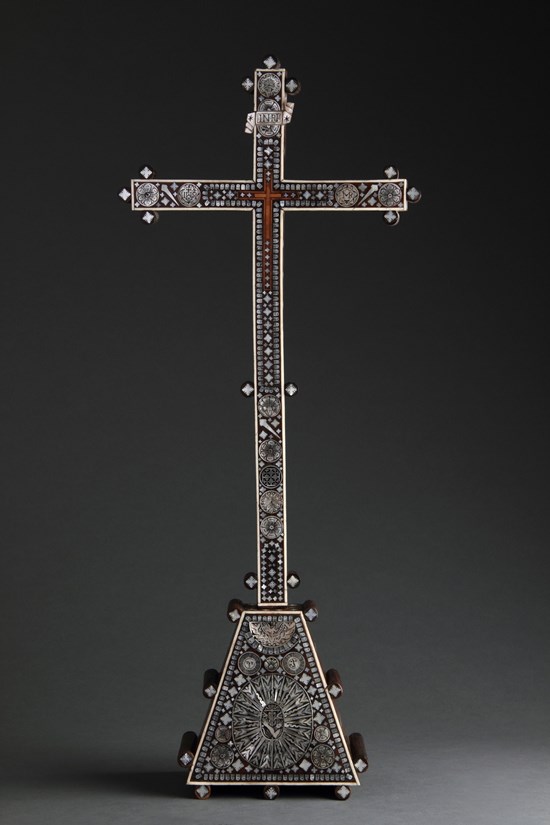 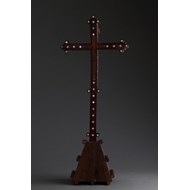 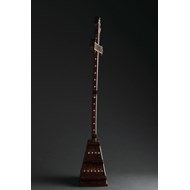 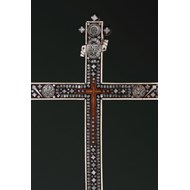 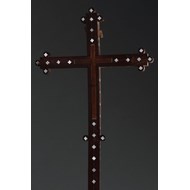 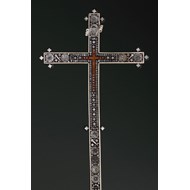 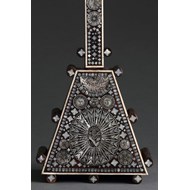 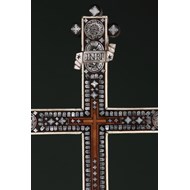 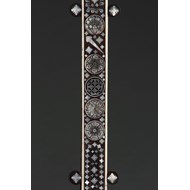 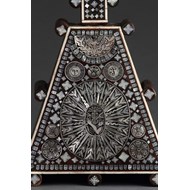