Caption Literature
A Fine German Stobwasser Lacquered Papier Maché Snuff Box
Painted with the portraits of General Field Marshall Gebbard Leberecht Von Blí¼cher, Prince of Wahlstadt and the 1st Duke of Wellington shaking hands, the base marked in red ‘St.’ for Stockmann of Stobwasser
Circa 1820
Size: 2cm high, 9.5cm dia. – ¾ ins high, 3¾ ins dia.
General Von Blí¼cher was a Prussian Field Marshall who fought the French in 1793 and 1806, and in 1813 took chief command in Silesia defeating Napoleon at the Battle of Leipzig and entering Paris in 1814. In 1815 he assumed general command, suffered a defeat at Ligny, but successfully completed Wellington’s victory at the Battle of Waterloo by his timely appearance on the field. He was known as ‘Marshall Forward’, his victories being due mainly to dash and energy. 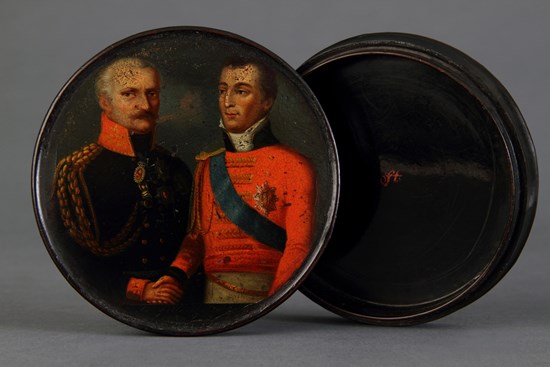 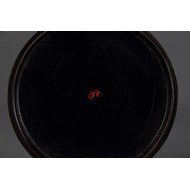 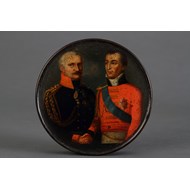 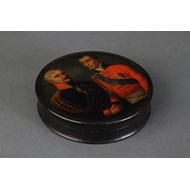