Caption Literature
A Rare Sumerian Carved Stone Relief Sculpture of a Reclining Bull
Its legs folded under and with horns along its head. Pierced vertically in the middle of the back for suspension
The shell inlay to the eyes now missing
Circa 3200 – 2800 BC
Size: 5cm high, 7cm wide, 2.5cm deep – 2 ins high, 2¾ ins wide, 1 ins deep
The bull was a popular figure in early Sumerian art and played a prominent role in the iconography, religion and mythology of Sumeria and Mesopotamia. It was a symbol of strength and representative of god as the 'bull of heaven' slain by Gilgamesh. These small sculptures were probably worn suspended from the neck as amulets to repel misfortune, ensure continuing goodwill from the gods and to keep malevolent forces at bay. The Sumerians developed a political system and body of religion, which remained the basis for all Mesopotamian life thereafter. Society was organised around the city-state each with its tutelary deity. Popular religion was animistic and the world was thought to be full of mysterious and unpredictable forces. Texts written on clay tablets in the cuneiform script developed by the Sumerians have been found in the archives of cities such as Ur and Babylon consisting of spells to avert demons and omens by which it was hoped to divine the future. Alongside these beliefs the official religion, with great temples, professional priests and elaborate rituals, served as the basis for society and the welfare of the state. Kingship was regarded as a divine gift and together with the 'bull of heaven' the King took a key role in the main religious festivals. 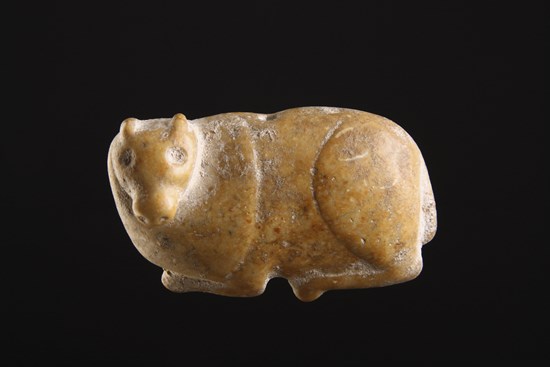 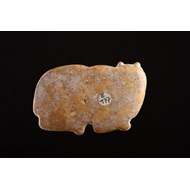