Caption Literature
A Large Ancient North African Saharan Currency Blade or Battle Axe of Greenish Grey Basalt
Circa 2500 – 2000BC
Size: 35cm high, 11cm wide, 5.5cm deep – 13¾ ins high, 4¼ ins wide, 2¼ ins deep
The Sahara was still a land of plenty at this time, but the study of fossilised pollen reveals that by about 2000BC the great desiccation of North Africa was on the way. Ancient Egyptian and Greco-Roman influences linked the Sudan and the Niger lands with Mediterranean Europe, and later the religion of Islam linked Northern Africa as far as the Niger and the Upper Nile with the Middle East and Spain. However, despite the process of long and thorough absorption of outside stimuli the main types of prehistoric culture survived in their pure form for a long time. The hunter cultures of the Bushmen of the Kalahari Desert, for example, are untouched by agriculture, and throughout the Negro area of Africa their archaic farmer culture remained intact until the coming of the Europeans. 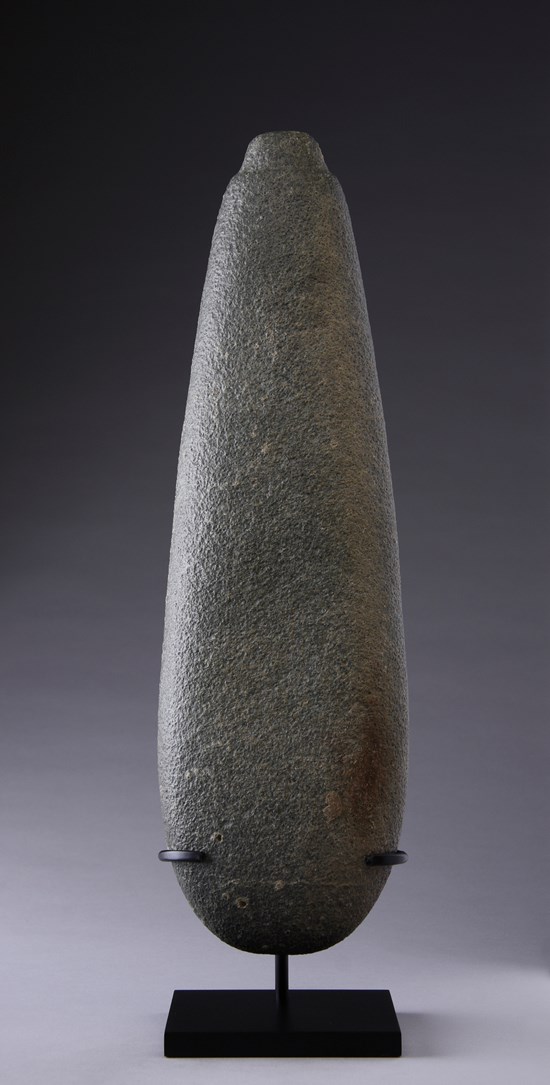