Caption Literature
A German Nuremberg Renaissance Bronze Wine Tap in the form of a dolphin
Its spigot also cast as a dolphin
Circa 1600
Size: 2.5cm high, 4.5cm wide, 9cm deep – 1 ins high, 1¾ ins wide, 3½ ins deep
For the first time since the dark ages the English lost their crown of inebriation during the period of the Renaissance. By almost universal consent it was awarded to the Dutch, the Flemings and the Germans, which is not to say that the English were remarkably temperate. They enjoyed their wine and drank a lot of it and they also drunk considerable quantities of beer, but as Andrew Boorde noted....a Fleming gets as drunk as a rat, the Rhinelanders get drunk often, while the Dutch get very drunk or 'cupshoten.' 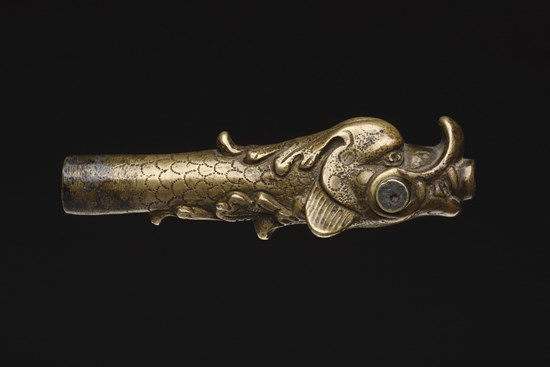 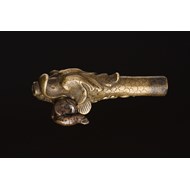 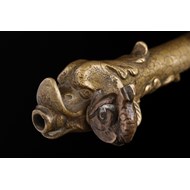