Caption Literature
A Rare Tuscan Renaissance Wood Bracciale
Used in playing the game of Pallone Col Bracciale. The top and base impressed with numerous marks resembling a shuttlecock and with the words ‘Cariolo Giuseppi in Sacill’ to the top
Late 17th – Early 18th century
Size: 22cm high, 20cm dia. – 8½ ins high, 8 ins dia.
Pallone is the name given to several traditional Italian ball games played throughout Italy with some variations in the rules and regulations. Pallone col bracciale was played with a wooden cylinder such as this example that was called a ‘bracciale’. Worn over the forearm, inflated balls were struck back and forth on courts often marked out on town streets. A designated server called a ‘mandarino’ who is not otherwise part of the game first puts the ball into play. The receivers can reject serves at will. Scoring is by fifteens and tens as in tennis with the team that wins twelve games the final winner of the match. The carved wood Bracciale could weigh up to 2 kilograms and broken arms were frequently the result of careless or rough play.
The game was particularly popular from the mid 16th century when its first official regulations were invented by Antonio Scaino from SalÅ, to around 1910 when Italian professional players of pallone con bracciale were the richest top paid sportsmen in the world.
Four versions of the game are now played across Europe, the USA and Argentina with a smaller modern hard rubber ball and a lighter Bracciale. 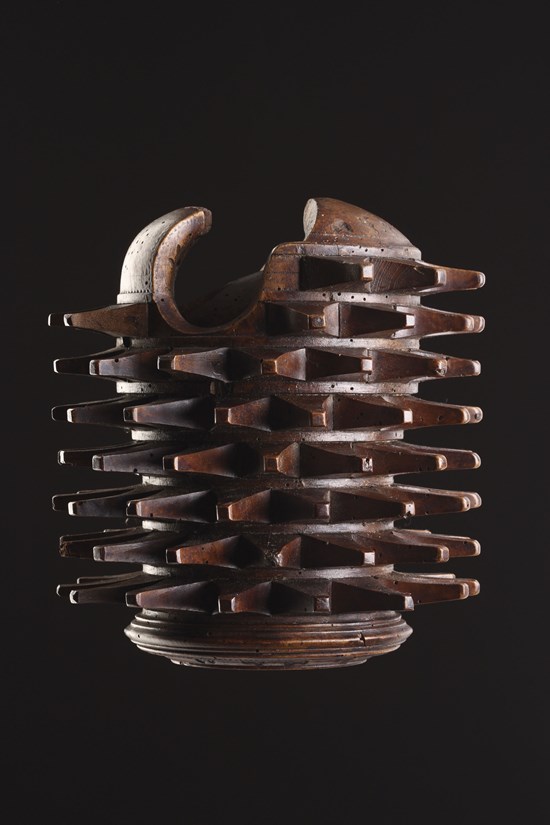 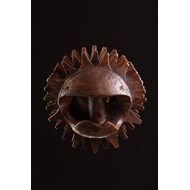 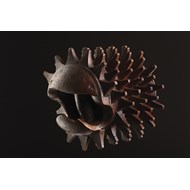