Caption Literature
A Collection of Nineteen Carved Polynesian Miro Wood Pitcairn Flying Fish
Some marked with the artist's name. Full details of each one supplied on request
First half 20th Century
Sizes: 59cm wide – 23¼ ins wide (max) 24cm wide – 9½ ins wide (min)
The descendants of Fletcher Christian and the mutineers of the Ship 'Bounty' still live on Pitcairn and Christian is still an island family name. Cut off from the mainstream of life on their tiny island the community of some 60 people, mostly Seventh Day Adventists, runs on a fragile economy largely subsidised by the British Government and by a flourishing trade in postage stamps bearing the head of the Queen. They supplement this meagre income by making carvings of flying fish from Miro wood harvested on the coral atoll of Henderson Island. Since the opening of the Panama Canal, Pitcairn has been on the sea route to New Zealand and the carved fish are popular with the visiting yachts. The Islanders go out in their 40 foot aluminium long boats known as 'Tin' and 'Tub' with bags of mail, fresh fruit and the Miro wood carvings and return with cash from the tourists. 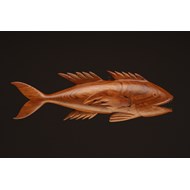 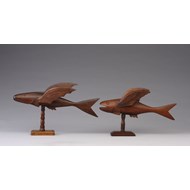 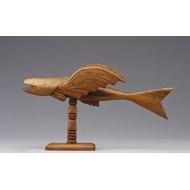 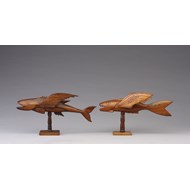 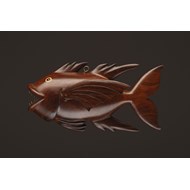 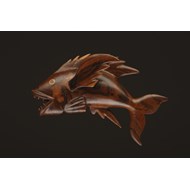 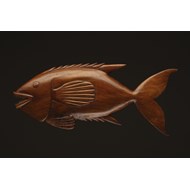 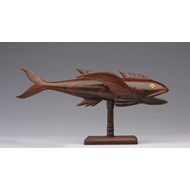 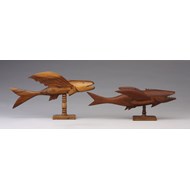 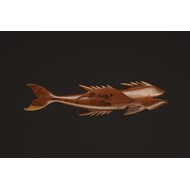 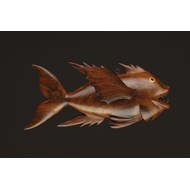 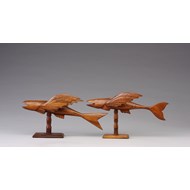