Caption Literature
Three Ancient East Greek Polychromed Terracotta Architectural Frieze Fragments
Depicting a horseman pursuing a Sphinx or Winged Griffin reputed to be from the site of Dí¼ver, the East Greek state of Phrygia Asia Minor
6th Century – BC 550 – 525BC
Sizes: a:32cm high, 14.5cm wide, 9cm deep – 12½ ins high, 5¾ ins wide, 3½ ins deep
b: 20cm high, 19.5cm wide, 3cm deep – 8 ins high, 7½ ins wide, 1¼ ins deep
c: 16cm high, 11cm wide, 4cm deep – 6¼ ins high, 4¼ ins wide, 1½ ins deep
Geographically Asia Minor is the westernmost part of the Asian continent equivalent to modern Turkey between the Aegean and the Euphrates. The western and southern coastal fringes were part of the Mediterranean world, but the heartland of Asia Minor lay in the interior of Anatolia, comprising the hilly fertile uplands of Phrygia, the steppe plateau and the rugged and harsh country of Cappadocia.
By the early second Millennium BC and before the first Greeks arrived, Asia Minor was controlled by the Hittites who ruled from the north central interior. Around 1300BC the Mycenaean Greeks set up trading posts along the west coast probably with the permission of the Hittites. The Greeks were looking for metals; copper and tin, gold and silver, all of which were mined in the interior, and for luxury goods such as carved ivory available through the trade routes from Syria and Mesopotamia. After the Hittite empire collapsed in around 1200BC Central Asia Minor became under the control of the Phrygians who developed the new technology of iron working that had been begun and previously monopolised by the Hittites.
The Greek settlements prospered along the sea and caravan routes and the cities of Ionia produced between 600 – 500's BC monumental architecture and the earliest Greek achievements in science and philosophy.
The Greek sculptors of the 6th and 5th centuries were committed to the principle that the primary function of the architectural frieze was decorative and like a long strip of floral or geometric ornament, the figurative friezes of the Ionic order were embedded in the wall structure itself, framed by strong architectural elements. Extending horizontally in rhythm with the columns, architrave and cornice, the frieze pursued its unbroken course up to the corners and sometimes right around them. The scenes whether battles, processions or assemblies did not disrupt the fabric of the wall or weaken its supporting function. Often painted in bright colours, mainly red and blue, they were conceived as the ultimate in an ornamental decorative band. 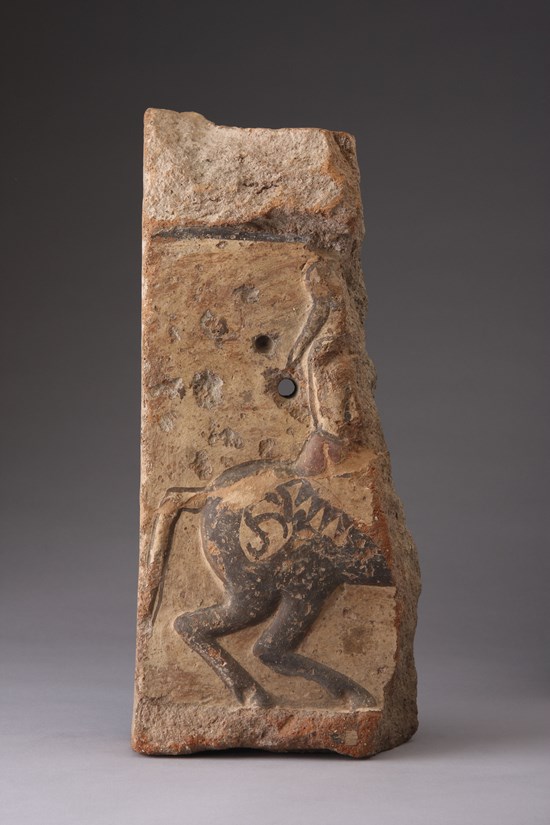 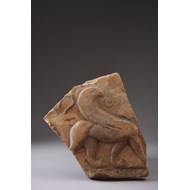 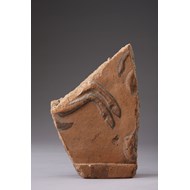