Caption Literature
A Fine English Neoclassical Turned Blue John Spar Vase
Raised on a stepped pedestal base set with Blue John panels
Circa 1780-1800
Size: 32cm high, 9.5cm square (base) – 12¾ ins high, 3¾ ins square (base)
Provenance: Ex Collection of the Honourable Benjamin Leigh
Little Rissington House, Little Rissington, Cheltenham, Gloucestershire
Sometimes known as Derbyshire spar, blue john was first discovered as a valuable mineral by the Romans 2000 years ago as they mined for lead in the caverns. Purple was the Imperial colour, only to be worn by the Emperors and rulers of Rome and the natural purple veining and translucency of blue john fascinated them. The mineral seams only found in Treak Cliff at Castleton were carefully mined and large quantities exported to Italy where it was made into decorative objects for the houses of the elite.
After the Romans left Britain the mines fell into disuse and they were not reopened until the 18th century when a small local industry grew up centred on producing turned objects made of blue john. In the 1770’s the entrepreneur and early industrialist, Matthew Boulton spotted its potential and began mounting blue john neo-classical urns, vases and candelabra with his celebrated ormolu fittings. 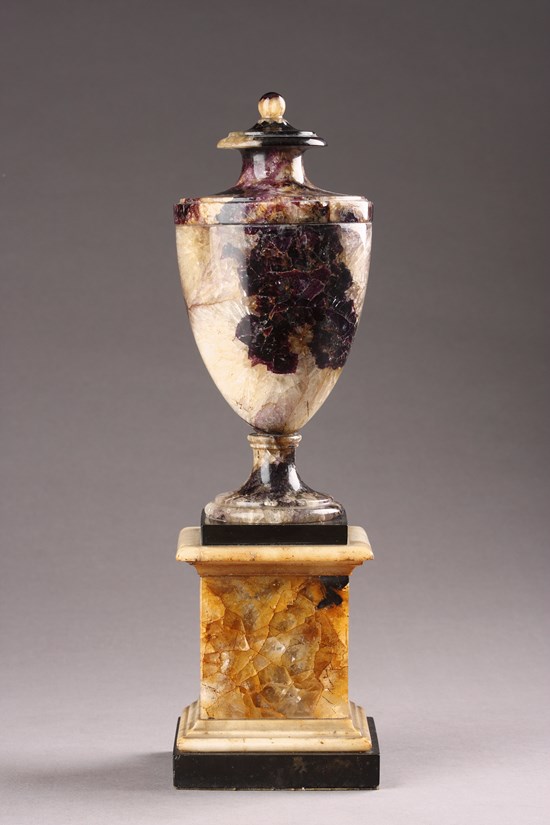 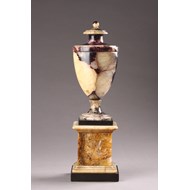 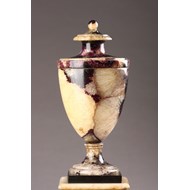 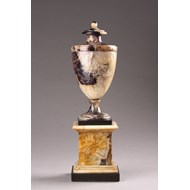 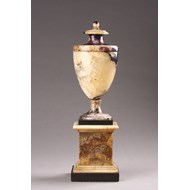