Caption Literature
A Fine French Baccarat Diamond Cut Pressed Lead Glass Devotional Cross with an Embedded Sulphide after Raphael of the Madonna and Child a Cloud of Winged Angels at their feet
Fine Condition
Circa 1830-40
Size: 30.5cm high, 12.5cm dia. (base) – 12 ins high, 5 ins dia. (base)
In the last quarter of the 18th century in France and in the first half of the 19th century in England, Bohemia and Germany at Brandenburg, glass had begun to be decorated by embedded small white paste reliefs called sulphides. In England they were also known as cameo incrustations and sometimes gilded metal and gilded and painted enamels were embedded
The Sulphides themselves were made of china clay and super-silicate of potash which is sand with a small portion of carbonate of potash heated in a crucible, ground and mixed in such proportions that it could be cast in a plaster-of-Paris mould. The sulphides were then baked and cooled being reheated before they were incorporated into the hot molten glass. A wide variety of glass articles from scent bottles to girandoles and even earrings were decorated by this method. 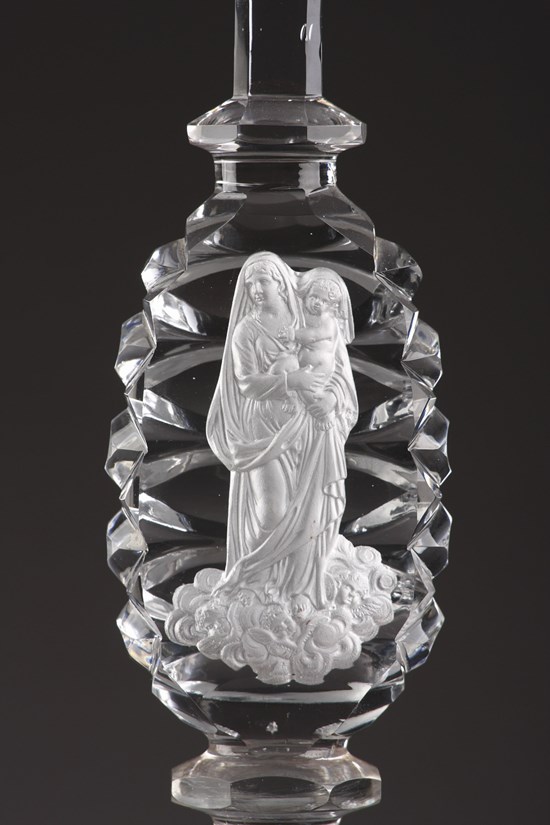 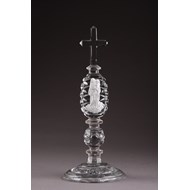 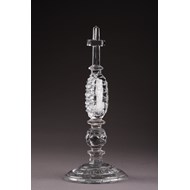