Caption Literature
A Native American Great Lakes Chippewa or Eastern Sioux Carved Stone Human Head Effigy Pipe
Depicting a colonial or European with an aquiline nose, shaped hair and collar
1st Half 19th Century
Size: 5.5cm high, 5cm wide, 7.5cm deep – 2¼ ins high, 2 ins wide, 3 ins deep
See Finch & Co catalogue no. 8, item no. 69, for a rare North West Coast argillite panel pipe
Tobacco smoke was regarded as an incense beloved of the spirits and possessing mediatory power with them. Effigy pipes were usually ‘self directed’ and the Chippewa called them ‘spirit calling’. Directed toward the smoker these effigies represented his guardian spirit.
These pipes, originally from the central East coast, served as the prototypes of the first smoking pipes introduced to the English people. They showed the face of Sir Walter Raleigh modelled on the pipe bowl facing the smoker. However, this introverted feature was never popular with the Europeans. It did not fit in with their world outlook and all later European effigy pipes were ‘other directed’ having the decorations on the front of the pipe bowl. 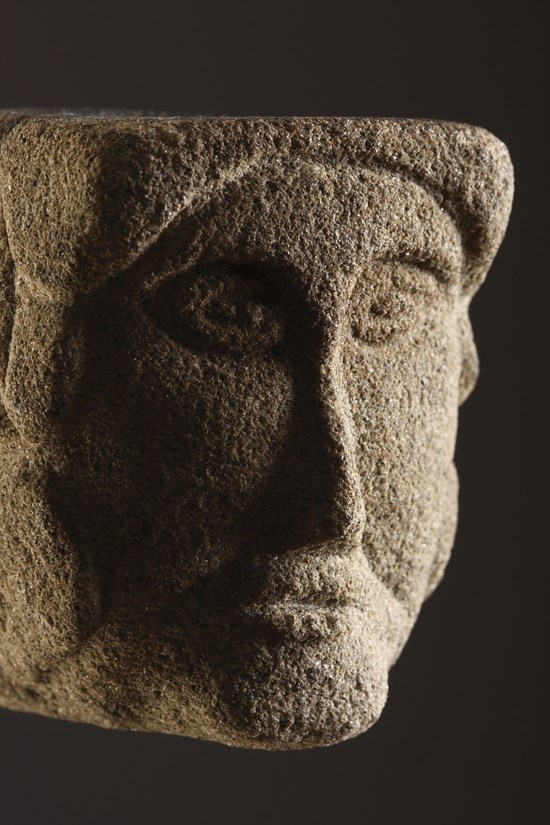 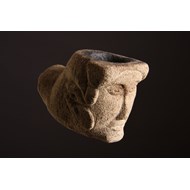 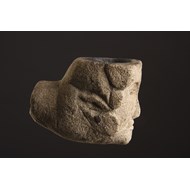 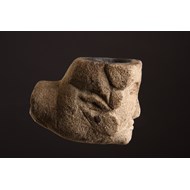