Caption Literature
A Superbly Veined Blue John Neo Classical Campana Vase on a Square Black Marble Base
Circa 1780-1800
Size: 25cm high, 20cm dia. – 9¾ ins high, 8 ins dia.
See Finch & Co catalogue no. 8, item no. 85, for a Blue John tazza and catalogue no. 9, item no. 71, for a Blue John goblet
Blue John is said to be thermoluminescent. If a sample is crushed to a powder and dropped onto a hot plate in total darkness it can be seen to emit flashes of light, releasing energy stored in its crystal structure.
Blue John only occurs in small masses lining ancient caves or in voids in the limestone and boulder bed of Treak Cliff and so there is no possibility of large scale mining, and each piece has to be extracted carefully by hand. No explosives can be used, as these would blast open the cleavages shattering the semi-precious stone and rendering it useless. Instead, it is usual mining practice to extract the limestone around the Blue John releasing it from the enclosing rock.
In 1768 Mathew Boulton tried unsuccessfully to lease the mines and in the next year he bought a consignment weighing 14 tons from John Platt at the cost of £15-5s-6d per ton. A huge sum even for what was probably the whole year’s output of the mine. By 1892 output had been reduced to 3 tons per year and is now no longer produced except in very small quantities mostly for jewellery. The total production for ornamental purposes in the last 250 years is somewhat less than 2000 tonsâ€¦it has always been a rare and treasured commodity. 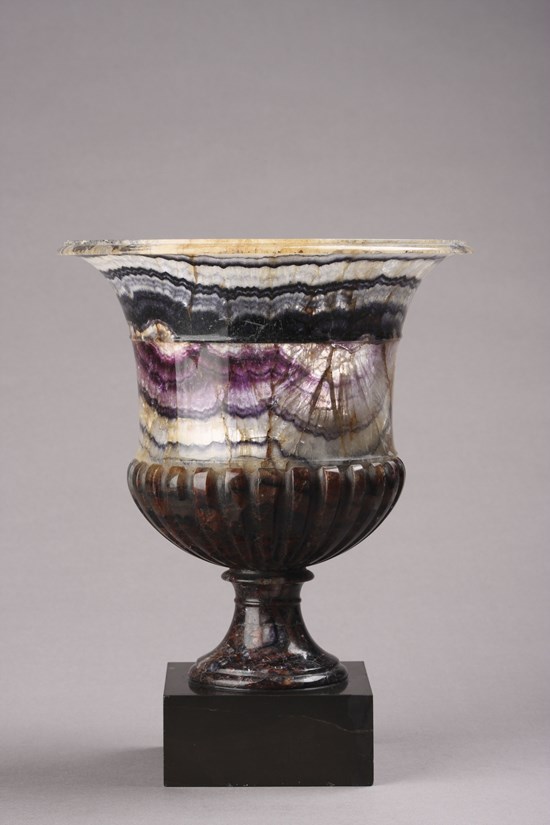 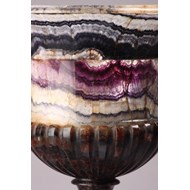 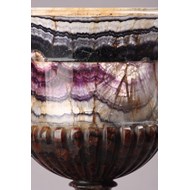