Caption Literature
An Unusual Memento Mori of a Carved Wooden Skeleton
His tattered scraps of skin crawling with worms made of wax. Lying in a painted pine coffin with two hinged flaps. South German
Late 18th Century
Size: 27cm long, 7.5cm high, 10cm wide – 10½ ins long, 3 ins high, 4 ins wide
‘Sic Transit Gloria Mundi’ – Thus passes the Glory of the World
Death has left only bare bones, decay and worms and this Memento Mori successfully illustrates the warning that man cannot escape his fate. The inevitability of death must be accepted and these objects were made to function as Christian reminders that all are made equal in death. They helped strengthen the resolve of those who looked upon them to care more for their souls than their worldly goods, and so save themselves from eternal death and rise again on Judgement Day. 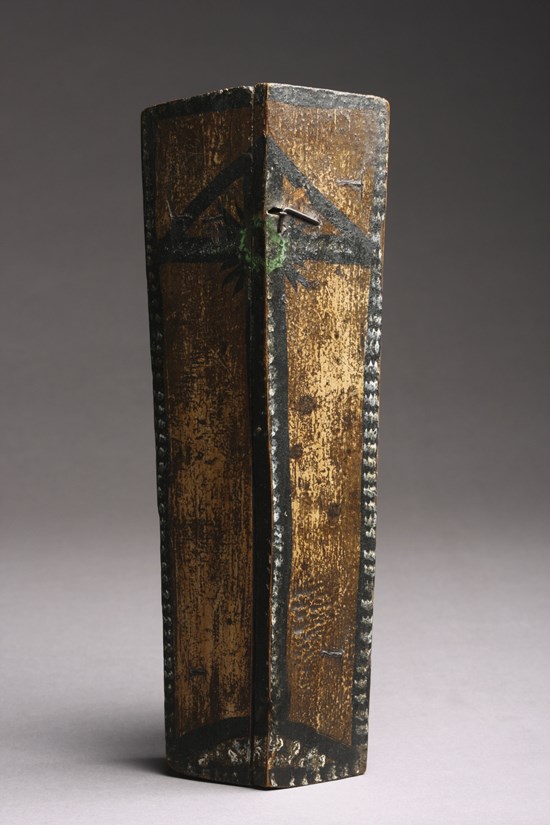 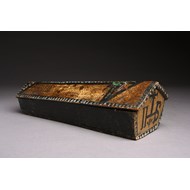 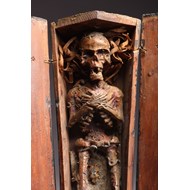 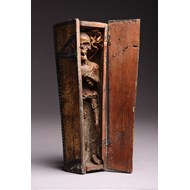 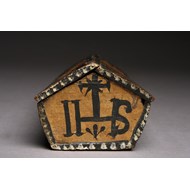 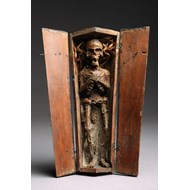 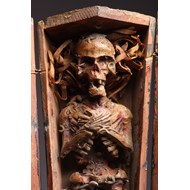