Caption Literature
A Very Rare Brass Cased Navigators Lodestone with Ring Handle
Incised N & S for North & South, English
17th Century
Size: 9cm high, 5cm wide, 5.5cm deep – 3½ ins high, 2 ins wide, 2¼ ins deep
A Lodestone consists of a black mineral form of iron oxide called magnetite. It is strongly magnetic and these natural magnets became known as lodestones and were used as compasses in the ancient world. The beginnings of the nautical compass are uncertain but its use in Europe is generally dated to at least the 12th Century with a still earlier tradition in China. The story begins with the fabled and magical power of the lodestone whose name ‘leading stone’ indicated its directive properties. Its earliest nautical application probably involved floating a small lodestone on a piece of wood in a bowl of water with an iron needle that was magnetised by moving the lodestone, followed by the needle, ever faster round the bowl before suddenly drawing the stone away. The needle weakly magnetised would come to rest pointing to the Pole Star or ‘Lodestar’.
Iron compass needles in the 16th and 17th centuries did not retain their magnetism for very long and had often to be 'retouched' during the course of a voyage. A lodestone was therefore an essential part of a navigator's equipment until the mid 18th century when artificial magnets began to be manufactured. 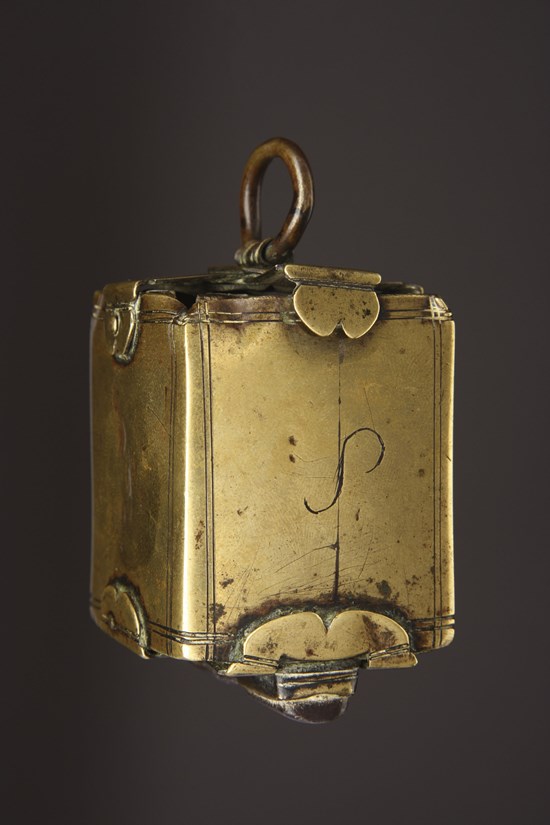 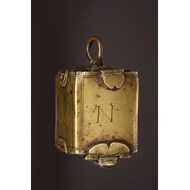