Caption Literature
A Very Fine English Carved Ivory Micro Miniature of a Frigate
Under sail upon a blue stained ivory sea with men on board ship and on the rigging by G. Stephany and J. Dresch
Within an oval gilt metal and glass surround the whole contained in a black lacquer and parcel gilt wood frame
Circa 1790
Size: 17cm high, 15cm wide, 3cm deep – 6½ ins high, 6 ins wide, 1¼ ins deep
The frigate was one of the most popular motifs used by G. Stephany and J. Dresch, originally immigrants from Augsburg, who worked in London and Bath in the late 18th century selling micro ivories to members of fashionable English society. They exhibited several times at the Royal Academy and were granted the title ‘Sculptors in Miniature on Ivory to their Majesties’ by George III. Their ivory scenes were regarded as marvels of micro-technique and were highly sought after by wealthy collectors who at the Royal Academy exhibitions of the 1790’s would outbid each other to obtain them. 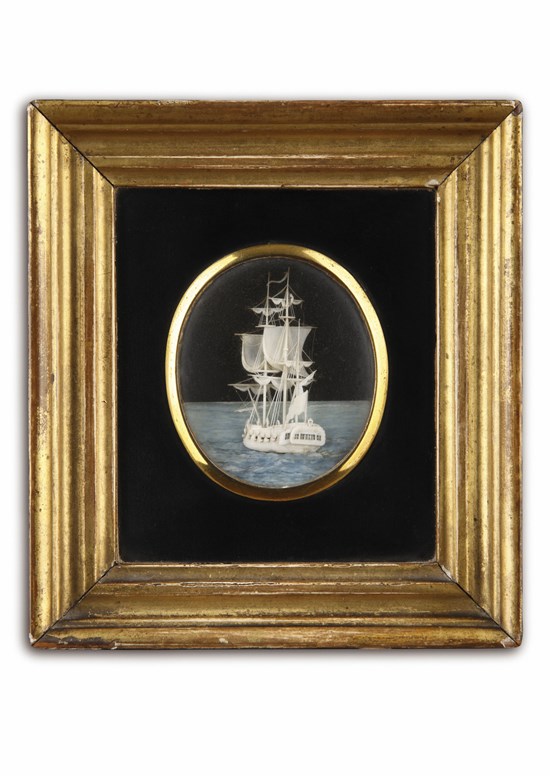 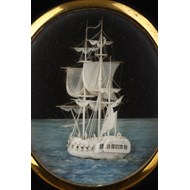 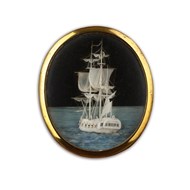