Caption Literature
A Rare Double Roll of Pacific Solomon Islands, Santa Cruz, Red Feather Currency, ‘Tevau’
Good original condition. Plant fibre, bark strips, red bird feathers, small shells, sharks skin, glass beads
19th Century
Size: 41cm high, 79cm wide, 6cm deep – 16 ins high, 31 ins wide, 2¼ ins deep
These remarkable forms of Pacific Island currency are made of elaborate coils of red feathers taken from the scarlet honey-eater (Myzomela Cardinalis) and were the basis for a trading network between the neighbouring islands of the Solomons. In Polynesian societies the colour red was significant, it was the colour of the gods, used for the personal adornment of chiefs who believed they were the embodiment of the gods. The only source of a permanent bright red colour came from the feathers of certain birds and particularly brilliant red feathers are found on the scarlet honeyeater.
Today with modern life dominated by coins, banknotes, cheques and credit cards it is difficult to understand how societies could function without conventional money. However, alternative forms of currency were once widespread throughout the world. Routine daily transactions relied on barter; a fisherman would exchange a few fish with a farmer for some of his crop, but bartering systems don’t work when you want to buy in quantity or obtain something of exceptional value. Thus, in the Solomon Islands the precious rolls of red feathers acted like a pile of banknotes or a large cheque, enabling pigs to be purchased for a feast day, or for a wife to be bought, with the whole community recognising these exchanges as being of great and permanent value.
As both metal ores and fossil coal deposits are not found in the Pacific a currency based on metal coins did not develop. Alternative currencies based on objects made from scarce natural resources that took a great deal of time and skill to make were developed, of which the Santa Cruz red feathers money is the most intricate and spectacular.
_______________________________________________________
Article:
David C Houston
Oct 2008

Our lives are so dominated by coins, banknotes and credit cards that it is difficult for us to visualise how societies can function without conventional money. But all over the world alternative forms of currency were once widespread (Quiggin 1949, Opitz, 2000). One of the most remarkable of these developed on the Pacific islands of Santa Cruz, based on elaborate coils of red feathers taken from the scarlet honey eater Myzomela cardinalis (Figure 1). This form of currency was the centre of a trading network between neighbouring islands (Davenport 1962). It is the only case known where a whole currency system was based on the exploitation of a wild bird population, and to sustain this currency must have required killing a considerable number of birds each year. The aim of this note is to speculate on the possible scale of the hunting pressure exerted on the bird population to support this money supply.

The remote Santa Cruz and associated islands are part of the Solomons Islands group, to the south east of New Guinea. Their red feather money was only one of many early money systems to develop in the Pacific cultures (Quiggin 1949). Such societies relied on barter for most routine transactions. A fisherman would exchange a few fish with a farmer for some of his taro, and so a chain of exchanges allowed people to obtain their daily needs. But bartering systems cannot function when you need to trade in large quantities of produce, or buy something of exceptional value.  In Santa Cruz the small, outer reef islands had sandy, infertile soils that made them unsuitable for growing root crops, but had a comparatively high human population who mainly relied on fishing and rearing pigs. The main Santa Cruz island was comparatively large, under populated, but with fertile soil suitable for growing the staple crops of taro root and yams. Red-feather money was the basis for the trade in these essential commodities between island communities (Davenport 1962). Money was also needed to pay for expensive items, perhaps to hire someone to carve a canoe, obtain a pig for a feast day, or to buy a wife. These purchases needed some exchange of goods that were recognised by the whole community as of great and permanent value. Western societies, from early times, based their currency on rare metal coins. But the Pacific cultures mostly developed on small islands of volcanic or coral rocks, which lacked metal ores. Coal and other fuels that could generate temperatures high enough to smelt metal were also absent. Instead, societies had to develop an alternative currency of recognised worth. These usually relied on objects made from relatively scarce natural resources, together with the display of considerable skill, time and craft for their manufacture. 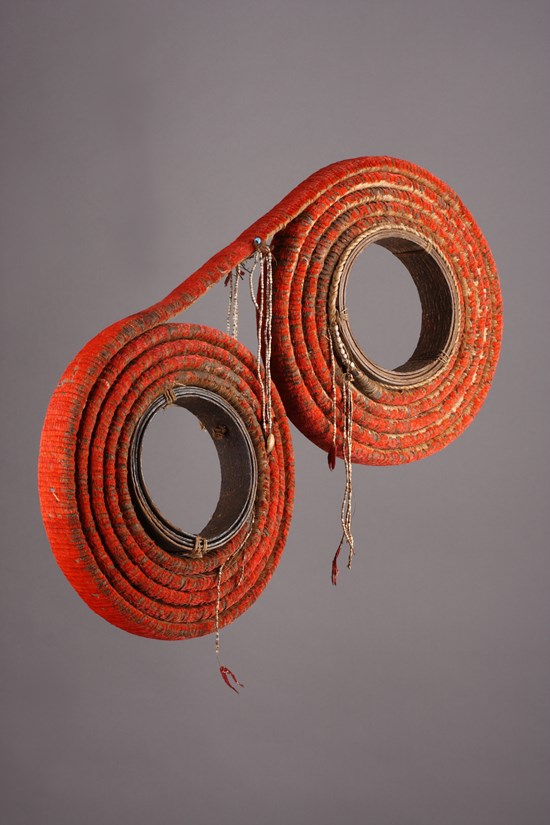 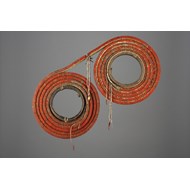