Caption Literature
A Fine Japanese Lacquer ‘Jingasa’
The hat of a foot soldier decorated with a gold mon on a ground of crushed raden the underside lacquered in red
First half of the 19th Century
Size: 38cm dia., 6cm high (approx) – 16 ins dia., 2¾ ins high (approx)
The art and industry of lacquering, although well represented in China, has only been fully and exceptionally developed in Japan. It is said that the use of the lacquer juice was known long ago in the days of Yamato Daké no Mikoto (71 – 130 AD) who ordered some lacquered toys for his children.
However, advanced techniques of lacquering applied to a wood or textile base first came from China in the 6th century AD when Buddhism and other elements of Chinese culture, including craft techniques, were introduced from the Asian mainland to Japan. At first lacquer was chiefly used in religious sculpture, but before long it became a leading medium of decoration on a wide variety of objects ranging from sword scabbards to boxes for religious garments. 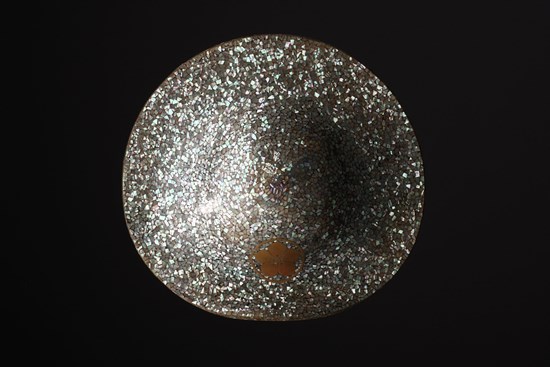 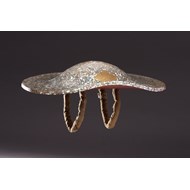 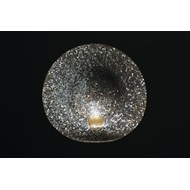