Caption Literature
Pair of Ottoman Turkish Sherbet Spoons
Early 19th Century
Used by the ladies of the Palace harem for their favourite compotes of dried fruit known as 'hosaf', large sets of these beautiful spoons were produced for the use of the Grand Viziers at their meetings in the Divan (the Kubbe Alti) in the Topkapi Palace in Istanbul.
Ottoman dining tables were set with spoons of various shapes and sizes for the many different courses. There were special spoons for rice, fruit sherbets and jams as well as all kinds of soup spoons often made from gold or silver. The sherbet spoons were made from a variety of exotic and precious materials with the spoons made for the Sultans use at the Topkapi palace in Istanbul exquisitely enamelled and decorated with jewels. Sweet treats such as cold fruit sherbet were a part of daily life for the Ottomans and were often enjoyed by the ladies of the harem.
The word sherbet comes from the classical Arab term for a cold sweetened drink, ‘Sharí¢b’ which is non-alcoholic. However, in the late middle ages this word developed its current Arabic sense of an alcoholic drink so a different word was needed for the non-alcoholic sweetened beverage and this emerged as ‘Sharbí¢t’. The Turkish term sherbet comes from this more recent Arabic word. In the 16th century its use entered Italian cuisine under the name ‘Sorbetto’ derived from the Italian verb ‘Sorbire’ meaning to sip. This gave rise to the French ‘Sorbet’ and the Spanish ‘Sorbete’ all of which begin with an ‘S’ and not ‘Sh’. English is the only language, which took the word sherbet directly from the Turkish complete with its ‘h’. 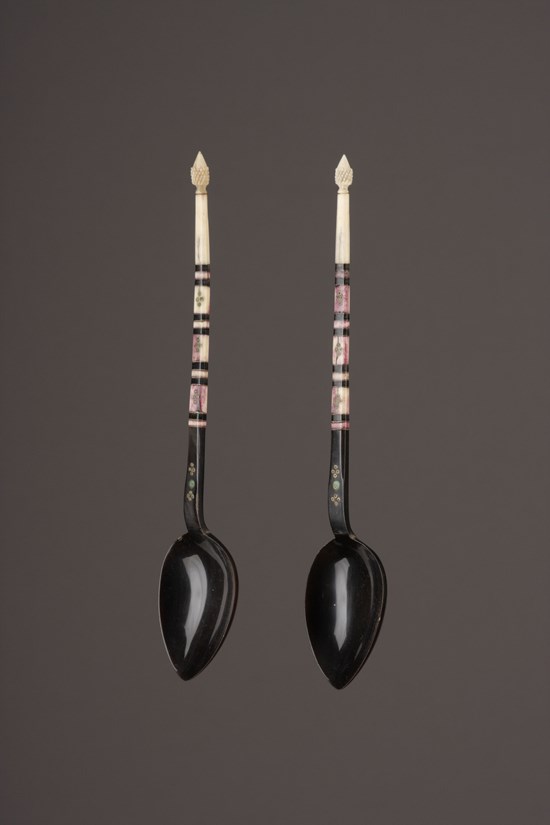