Caption Literature
A Fine Late Medieval South Netherlands Brabant Limestone Sculpture of an Abbot One arm missing, a band of repair around the shoulders. Some damage to the nose and chin
First half 15th Century
Size: 41.5cm high, 26cm wide, 19cm deep – 16¼ ins high, 10¼ ins wide, 7½ ins deep
The influence of 15th century Burgundian art can be clearly seen in this sculpture. The finely detailed face and tonsure framing the round head give the carving a sense of serious intent. An Abbot was the head of a Christian monastic community especially in the Benedictine or Cistercian traditions. The Cistercian's, whose mother house was in Burgundy were austere in diet, clothing, architecture and liturgy and the sculpture successfully portrays the Abbot's austerity and importance and profound beliefs. 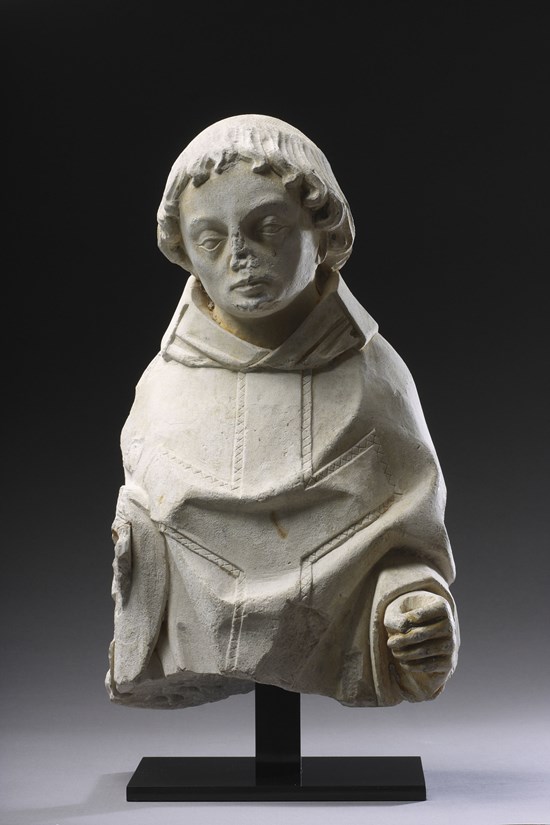 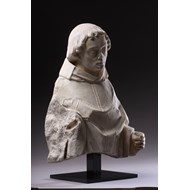 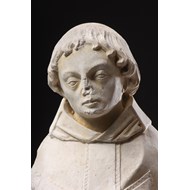