Caption Literature
An English Papier Maché Snuff Box by Raven Painted with an 18th Century Tavern Scene
The inside of the lid inscribed in red 'S.Raven PinxT patronized by HRH The Duke of Sussex'
Circa 1800
Size: 10.5cm dia., 2.1cm high – 4 ins dia., ¾ ins high
By the middle of the 19th century 'snuffing' would no longer be a fashionable habit, but in 1800 there was no sign that in only a few decades snuff taking would have been replaced in polite society by the puffing of cigars and pipes and by the new fad of cigarette smoking. Amongst the aristocracy the habit flourished and King George III had snuff specially blended for him by the tobacconists Fribourg and Treyer which he bought by the pound. Thus the demand continued for beautiful boxes to contain the exotic powder. Lord Petersham, an avid collector of both snuff and boxes was said to have 'used a different box on every day of the year'. 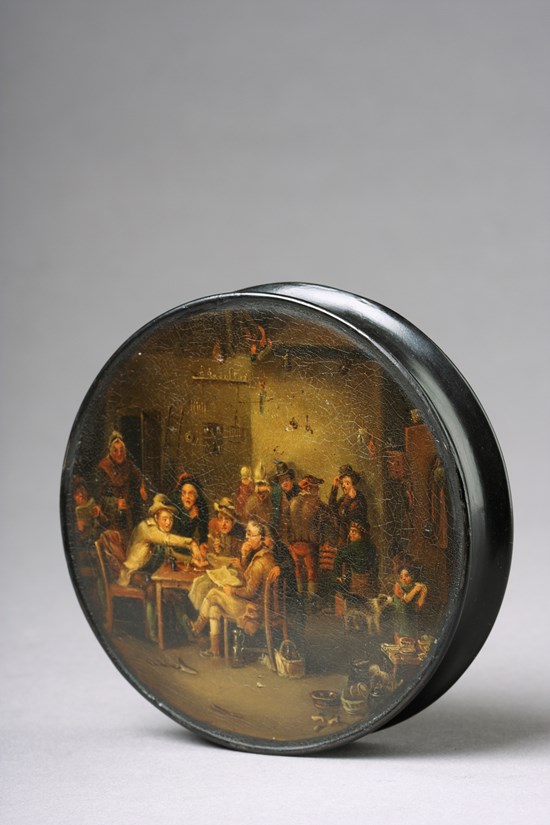 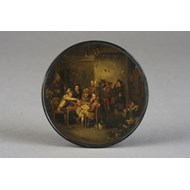 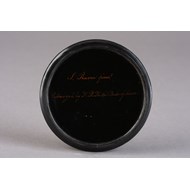