Caption Literature
An Unusual and Curious Tongan Pole Club with an Extensive Inscription Carved by a British Sailor
The grip with native Tongan engraving, the top surface decoration possibly carved by a Maori hand, the end carved with the head of a British Royal Lion
The inscription reading:
'A mighty chief first cut me from the tree and this reduced me to the state you see
A warriors arm sustained me in the field and with my help he's many made to yield
Committed by fate to cross briny wave
For I was bought by a sailor stout and brave
To Otaheite's isle I bid adieu
And then fertile plains where first I grew
The ship I saile’d in from that isle of fame
String-A-Patam was the frigates name
Waldegrave Captain April 29 we left the bay
In the year 1830 we sailed away
My Masters name is William Brown
Who brought me first to London town
(Now I am to my journey's end to be
Hung up for to please each friend)'
Early 19th Century
Size: 110.5cm long – 43½ ins long
It was the simple iron nail which, came into the hands of Tongan craftsmen by trade with Cooks ships in 1773 that brought about a remarkable change in the surface decoration of the traditional clubs. Instead of the partial engraving normally employed, post contact clubs had much more elaborate decoration and were sometimes inlaid. By the end of the 18th century European tools had thus begun to supersede the traditional ones made of stone, bone or shark's teeth.
The history of this club can be partially traced as it came to Britain on board the HMS Seringapatam in 1830. The ship was under the command of Captain William Waldegrave RN who was the Senior Officer in the Pacific from 1830 to 1832. Under his command the ship carried the first stamped letter from Pitcairn Island to Britain. This letter was dated March 17th 1830 and contained the Captain's account of his visit to Pitcairn Island. A commemorative stamp was issued on Pitcairn to mark the event with an illustration of the HMS Seringapatam and the date 1830. This club was taken on board ship on April 29th and accompanied the letter back to Britain. 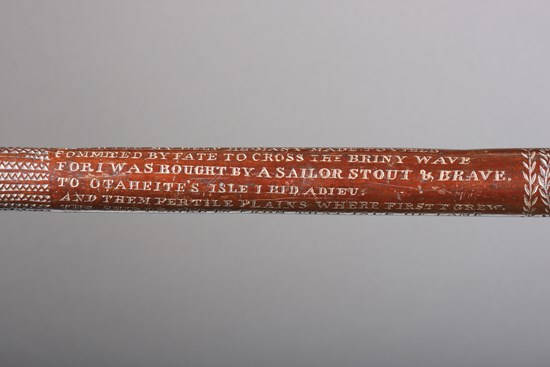 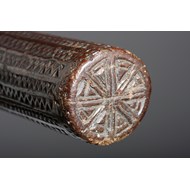 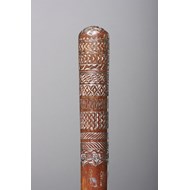 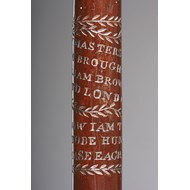 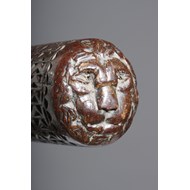 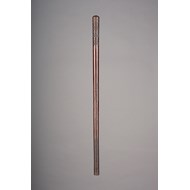 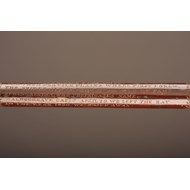 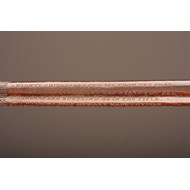 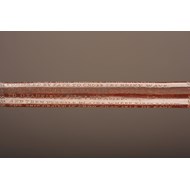